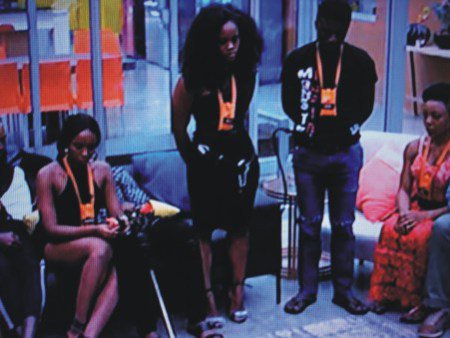 Big brother housemates, Cee-C and Lolu were punished by Biggie for refusing to bond during the pairing game.

The duo was left tied together after other housemates had been released on Wednesday.

Earlier, the pair had exchanged words and looked totally bitter since the pairing.

Lolu, at a point, got injured after Cee-C forcefully pulled the rope.

However, after nearly two hours, Biggie ordered the Ninjas to release them.