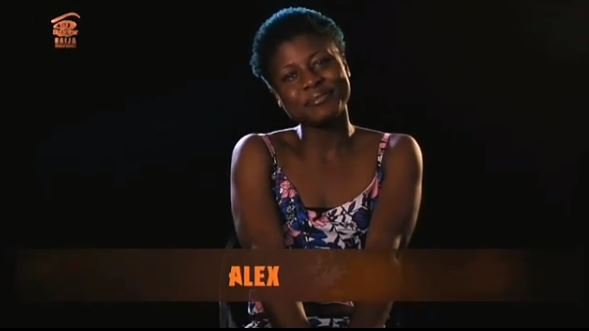 Big Brother Naija housemate, Alex has revealed she had an abortion at the age of 16.

The housemate who has been in the news after baring her breast on the reality show on Saturday disclosed this on Monday morning.

Alex narrated to Leo on how she was about to be raped by her doctor while having a D&C operation when she was only 16-years old, and in SS3.

Some Nigerians have reacted, saying it’s too much information for the public.

Here are some comments below…

@khadijat “Alex its bad enough you had sex at 16 , now you decided to share it with the world that you had an abortion. somethings are meant to be private.

@aderonke “Wow Alex had an abortion..

@Lexis ay “Alex had an abortion, isn’t this too much information.

@Akhibi “Did alex get preggy at 16 but tried flushing it..mehn she has been through alot and you cant even tell because of her personality.

@Lydiaboyes “Wow so alex just told leo she had an abortion when she was 16 years old, imagine how she must have felt.