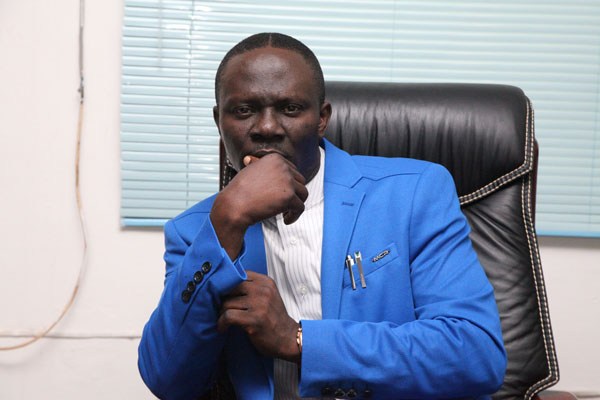 Kayode Ajulo, the attorney to Kassim Afegbua has asked the Department of State Security, DSS, to explain its invitation to the spokesman to ex-military head of state, Ibrahim Babangida.

This is contained in a letter sent to DAILY POST Thursday morning by the chamber.

DSS yesterday invited Afegbua for a chat with its Director-General, Lawal Musa Daura.

He was asked to appear today Thursday at noon.

He was subsequently cleared of any wrong doing.

But in his letter, Ajulo insisted that his client would not appear unless the Secret Service explained why he was invited.

Read the letter below:

RE: INVITATION OF PRINCE KASSIM AFEGBUA

We act as Solicitors to Prince Kassim Afegbua, hereinafter referred to as “Our Client” and on whose firm instruction we write you.

Our client, a renowned Journalist, former Commissioner of Information in Edo State, a patriotic and law abiding Nigerian only last night got information that he has an invitation to honour with the Director General of the State Security Service at the Department of State Service Headquarters, Abuja.

In availing us of the above development, we have accordingly advised our client and, true to character, he has indicated his readiness to honour the said invitation even as he expressed curiosity over the unusual invitation, especially coming on the heels of recent events pertaining to the discharge of his duty to his principal, General Ibrahim Babangida, GCFR.

Our client’s concerns are wary and valid, as very little information has been availed him on the context of the said invitation.

While bound by his sense of duty as a citizen of Nigeria, and with a clear conscience eager to meet with your Director General in due course, we must on his behalf demand that the shroud of ambivalence surrounding his invitation be quickly cleared.

This is achievable by extending a verified formal invitation, whose content should specify the reason(s) for his invitation.

Accept please the assurances of our highest esteem.

Yours truly,
For: Kayode Ajulo & Co. Castle of Law