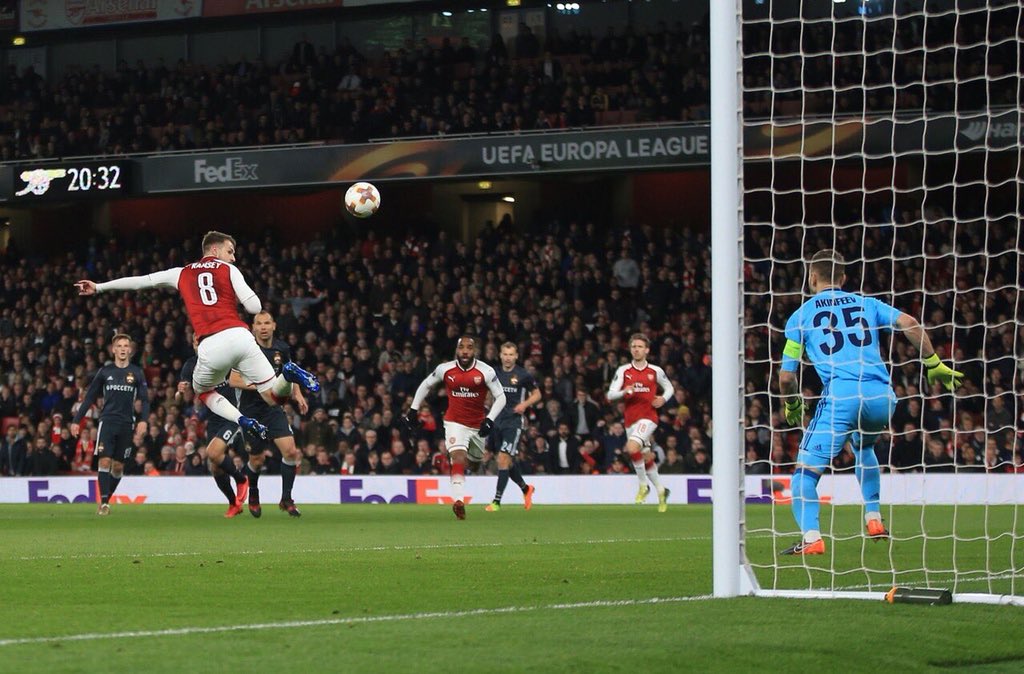 Alexandre Lacazette and Aaron Ramsey both scored twice, as the Gunners ran riot at the Emirates on Thursday.

“It was a difficult game. They [CSKA] looked good going forward every time we lost the ball.

“In the first half it was spectacular played at a high pace and an uncomfortable one. We played against a side who is technically very good.

“We don’t think it’s job done. We know it’s not over. We have to focus and go there and win the game,” Wenger said.

Wenger also expressed surprise at CSKA’s willingness to attack his team away from home.

“We are not used to seeing that at the Emirates in the Premier League. Teams come here and play in their half but they had a go at us.”