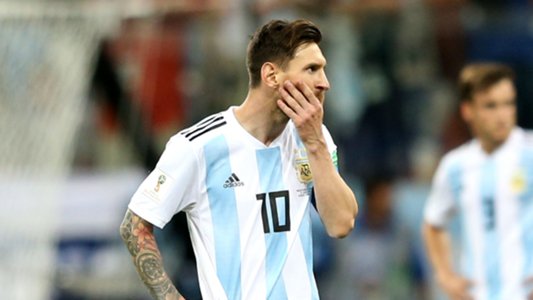 There has been speculation regarding Messi’s international future since Argentina were dumped out of the 2018 FIFA World Cup in Russia.

Messi captained Argentina during the World Cup as they were defeated to eventual winners, France at the round of 16 encounter

The 31-year-old is yet to discuss his international future having previously hung up his Argentina boots in June 2016.

Scaloni, who is filling in following the departure of Sampaoli, has admitted he’s still in limbo regarding Messi.

“We don’t have the squad list made, not even a small percentage of it,” Scaloni told reporters ahead of Argentina’s friendlies clash with Guatemala and Colombia next month.

“I don’t think this is the time to call Lionel [Messi].

“Once we have to name the squad, we will see what we do. I honestly know him [Messi] well and I’m not worried about having to talk to him.

“We want to treat him in a way that he truly knows that there is a respect there and that we are most certainly going to treat him as he deserves. That is the most important thing of all,” he said.