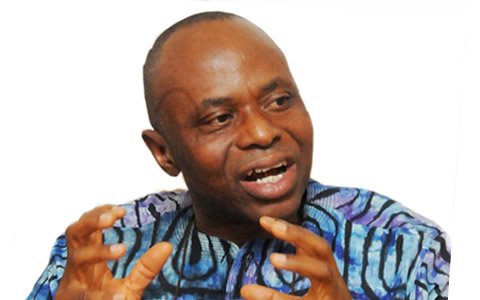 The immediate past Governor of Ondo State, Dr Olusegun Mimiko has said the report of the All Progressives Congress (APC) committee on restructuring will stoke the already settled controversial dichotomy on onshore/offshore oil production revenue.

Mimiko stated this in his lecture at the 2018 Yoruba Youth Assembly Lecture with the theme: “National Development, Restructuring and the Yoruba”, held in Ibadan, on Thursday.

The former Ondo Governor said that while it was noteworthy that the report seemingly endorsed Resource Control Principle, it had brought back the sensitive and controversial onshore/offshore dichotomy issue.

“While I agree that the fears of all part of the country must be allayed as regards resource control, it is important to note that every part of our land is well resource endowed.

“With the recent advances in power storage technology in batteries, and progressively reducing cost of renewables, we must be constantly reminded that fossil fuel will soon become truly fossil,” he said.

Mimiko expressed his lack of confidence in the APC’s commitment to restructuring with President Muhammadu Buhari’s stand in his New Year message that it was the process of governance in Nigeria rather than the structure that required some tinkering.

He said “rather than waste useful time tinkering with process, the appropriate thing to do is a wholesale review of the nature of the structure, such that it is reconfigured to be able to deliver on its mandate. That the President’s political party, APC, came out very quickly to attempt a reformulation of the President’s proposition is needless, as it is doubtful if the party is in a position to veto the president of the nation.”

“That President Buhari made his statement in spite of the bold and unequivocal commitment of the APC manifesto to restructuring is also indicative of the questionable pattern in which the party swept its way into office some three years ago. APC can, in the circumstances, safely be accused of promising what it never intended to do,” Mimiko added.

He advised the APC and the President to put its house in order and stop echoing different positions on restructuring, send the bill of its position on restructuring to the National Assembly and use its influence and dominance of the legislative arm at the Federal and State levels, to ensure the swift passage of the bill within the next 2 and 3 months.

“With its control of the legislative house at the Federal and State level, the APC has capacity to actualize its restructuring agenda before the next (2019) election. Then and only then, to my mind, can the nation believe that the born again restructuring mantra is not another vote catching gimmick,” he added.

Mimiko, who in his lecture lamented how the military imposed unitary constitution had retarded the growth of the Yoruba nation, said “the Yoruba Nation would by now be proud of modern infrastructure – tri-model transportation system – rail, roads and ports, near 100% broadband penetration, industrial parks and 24/7 power supply! World class educational and Health facilities would have been built. Democratization of access to education would have been deepened.”

The former Governor averred that “the country may not move beyond its extant mediocre performance level in development and nation-building as long as it continues to sustain its present structure that is defective and iniquitous.

“The critical ingredient that has made it impossible for the country’s rise to the fullness of its potentials, according to him, is the warped structure upon which it is predicated.”

He posited that an arrangement that allows the Yoruba to use their initiative in the development enterprise, within the context of a federal Nigeria, promises to serve the nation quite well.

“We would be able to return to our culture, which is premised on social development, and bring back such values that made for social harmony in the past.

“The good thing about all of these is that, as it is with the Yoruba, so it is with all other ethnic-nations in the regions, those not as homogenous as the Yoruba inclusive”‎, he said.

He affirmed his conviction that if Nigeria was restructured along this pattern, it would serve as an immediate catalyst for national development and resumption of the development enterprise in Yoruba land.

Mimiko further said that the agitation for restructuring would make no sense if it does not provide the unimpeachable basis for deployment of governance structures for the betterment of the lives of the people.

This, according to him is the critical element that provides justification for the restructuring advocacy.

“The advocacies for restructuring, greater democratization, a cleaner electoral process, etc., would amount to nothing if they do not translate into observable good life for our people, and strengthen national unity across our country,” Mimiko posited.

Other speakers, former Secretary of the Yoruba Council of Elders, Dr Kunle Olajide, Professor Akin Onigbinde and Akogun Tola Adeniyi in their remarks corroborated Mimiko’s position and urged the youths to take necessary steps in reorganizing the systems and stop lamenting.

Chairman of the occasion, Akogun Tola Adeniyi, in his opening remarks lauded Mimiko for his consistency and commitment to the agitation for a better Nigeria, which according to him was demonstrated while in office as Ondo State governor.

The president of Yoruba Youth Assembly, Olarinde Thomas in his welcome address said the event was in furtherance of the clamour for restructuring.

Dignitaries at the events include Chief Yemi Farounmbi former Nigeria Ambassador to Philippines, and a governorship aspirant of the PDP in Oyo state, Engineer Seyi Makinde, among others.