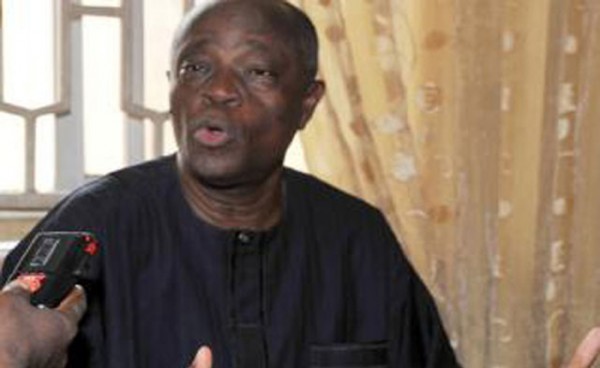 A former Minister, Senator Adeseye Ogunlewe, has warned a national leader of the All Progressives Congress, APC, Asiwaju Bola Ahmed Tinubu, to be careful of President Muhammadu Buhari, over his new assignment to reconcile aggrieved members of the party ahead of the 2019 general elections.

In an interview with the Sun, Senator Ogunlewe expresses deep reservation for the assignment, saying that it may be antics of President Buhari to use and dump Tinubu again, adding that he (Ogunlewe) doubts if former Lagos governor has benefited from his labour prior to the last election.

He also said the move to bring the party members together is coming a little too late while insisting that what the APC needs is to fulfil its campaign promises and reconciliation.

According to him, “The reconciliation they are talking about is too belated. What are they reconciling? Since Buhari came into power in 2015, he has refused to make appointments into the boards of parastatals and agencies.

“Many of those who worked for the success of the party have been abandoned. They don’t know what is going on in the government. They have no say in the affairs of the government.

“A lot of them spent their money to campaign for the party with the aim that they would get contracts from the government, but they have been sidelined. I know of someone who put down a huge sum of money even without the knowledge of Buhari to fund the campaign.

“But today, he is worse off because there is nothing for him. These are the people they need to reconcile with. The reconciliation Nigerians need now is more than individual reconciliation. Poverty level, out of school children about 15 million of them in the Northeast alone, rising unemployment, education for the middle class, health service delivery, fundamental rights of Nigerians as entrenched in the principles of state policy are some of the issues we need to consider at this point in time and reconcile ourselves with, not individuals. In my view, it goes beyond individuals.

“The entire structure of governance has collapsed. We need to think of what the people can benefit from this democracy. For now, they have not benefited anything from democracy. They just vote, after the voting, that is the end. Those are the areas we must reconcile.

“Maybe they need him to do what he did in 2015 for them again to be able to win the next election. I think Tinubu is too clever to be deceived. He will have to do his analysis very well before he takes the risk again. I wish him all the best. It is up to him. He knows the game; he knows the benefits he has derived from this government. If he thinks he has derived enough benefits from this government for him to go into that kind of risk again, it is up to him.

“But most of the people he put on the frontline to do the runs for the last election have not benefitted. Up till today, they have not constituted the boards of parastatals and agencies, which is one area where most politicians benefit from.

“What are they going to reconcile? They are all neglected. The level of neglect of members of APC is unimaginable. They are not enjoying anything at the local government, state and national levels. They are supposed to be members of boards, but they are not. So, what are their benefits? What have they gained?”