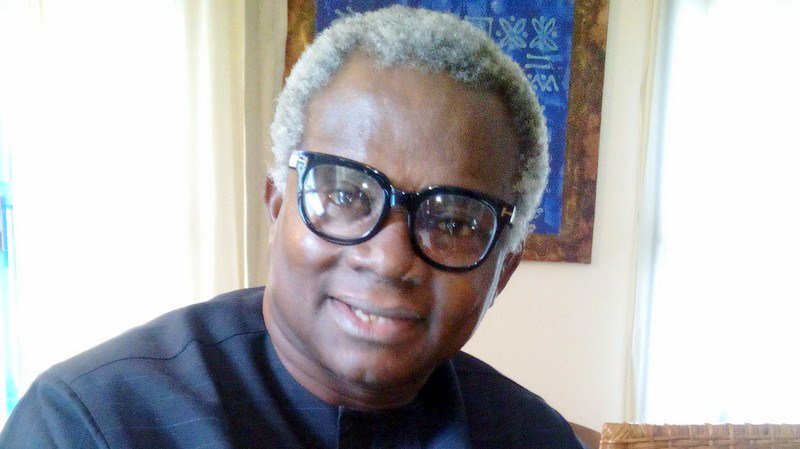 The Director General of Voice of Nigeria (VON) and a chieftain of All Progressives Congress (APC), Mr. Osita Okechukwu, at the weekend described the appointment of Asiwaju Ahmed Bola Tinubu as chairman of APC Reconciliation Committee as a milestone for the ruling party in the country.

Entertaining questions from journalists in Enugu at the sideline of a meeting of Central Bank of Nigeria (CBN) Anchor Borrowers, Rice Agricultural Programme, Okechukwu said the appointment of Asiwaju Bola Ahmed Tinubu by President Muhammadu Buhari, was timely and a milestone.

While maintained that only a person of Tinubu’s caliber could reconcile all the intra-party feuds in APC, Okechukwu pointed out that Asiwaju provided the critical supplement for APC’s victory in 2015.

He said, “It is a milestone. I salute Mr. President for appointing our national leader, Asiwaju Bola Ahmed Tinubu to head such a crucial committee. It is timely and a welcome development.

“He was one of the core architects of the merger which gave birth to the APC and has the Midas Touch to stitch the torn parts. Let’s be honest there are intra-disputes which need a man of Asiwaju’s caliber to fix.”

Probed further to name such crisis, Okechukwu said: “it is not crisis per se, but intra-feuds, which normally occur in every human association. Some of them are ego based, some are ancient grudges and some are frictions, which could be traced to the fact that APC is a polygamous household with many mothers and one father.”

Confronted with the insinuations in the media that Asiwaju’s invitation by Mr President was being resisted by supporters, who felt that Asiwaju was sidelined, he “I don’t want to comment on speculation, all I know is that our brothers in the South West, appreciate the critical foundation President Muhammadu Buhari is laying nationwide in infrastructural development.

“And our national leader is aware that what is paramount is to save Nigeria from those who for sixteen years of unprecedented oil boom, squandered our commonwealth.

“Oyegun belongs to his motherhood of APC and did his utmost best in the circumstance he found himself.

“My happiness is that Asiwaju as a veteran stands on a good stead to reconcile the feuding parties and different tendencies, more so, when Mr. President has mandated him to select his team”, he said.

On whether Asiwaju can reconcile the friction between the Executive and members of the National Assembly, Okechukwu once again retorted, “Asiwaju more than any other leader of our great party knows the imperative of mending all fences at the eve of an election. He knows the faux pas.

“I remember vividly how Asiwaju in cohort with General Shehu Musa Yaradua of blessed memory and host of others reconciled similar impasse in the 90s with Chief MKO Abiola at Alhaji Kwande’s residence in Jos during the Social Democracy Party (SDP) primaries. Without such fence mending Chief Abiola and by extension Progressives couldn’t have won the 1993 presidential election.”

He stressed that there was no doubt that “Mr President is truly a convert democrat and like most converts he is passionate about reconciliation, which is the only missing link to the 2019 presidential victory; that most pundits posit is ours. The peace process has commenced with Asiwaju as the Grand-Trouble-Shooter (GTS).”