Former Military Head of State, Ibrahim Badamosi Babangida, has wondered why the Nigeria Police have declared his spokeman, Kassim Afegbua, wanted over a statement he authorized him to send out.

Afegbua revealed this to newsmen, when he reported at the Police Headquarters on Wednesday morning, in company of his wife, lawyer and friends.

The Inspector General of Police, Ibrahim Idris, had on Monday ordered Afegbua’s arrest over a statement he issued on behalf of Babangida, urging President Muhammadu Buhari not to seek re-election in 2019.

The ex-President’s media aide said when he was declared wanted by the police, Babangida called him and asked if he was a criminal.

“It will even interest you to know that when I was declared wanted on Channels TV and Nigerian Television Authority, (NTA), my boss; IBB was the one who called me and said ‘why are they declaring you wanted? Are you a criminal? and we laughed over it.

“He also asked if I was on the run and if I have been given invitation and he said, okay that is interesting. My boss said he heard on the news that they talked about defamation of character and he asked whose character have you defamed?

“So I am very much in touch with him and I am not doing anything out of the blues. He is a man I have been with for the past 14 years as spokesman. Even when I went to serve in my state, I was still very much in touch with him. I have said it before that I am part and parcel of him, we are family and so I don’t have any cause to worry over anything.

“I am only here personally because I was declared wanted. I am not on the run, I am not a fugitive to the law and as a responsible Nigerian, I feel it was unwise on the part of the police to declare me wanted when I have not been formally invited. So I am here to present myself. I am here with my wife, other family members and my lawyer.” 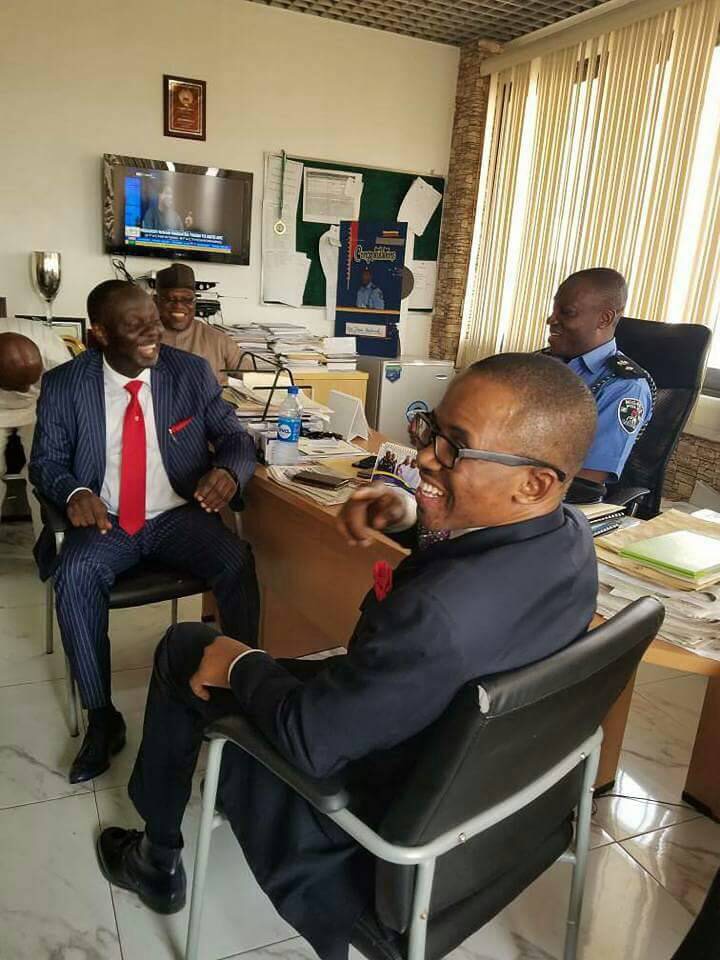