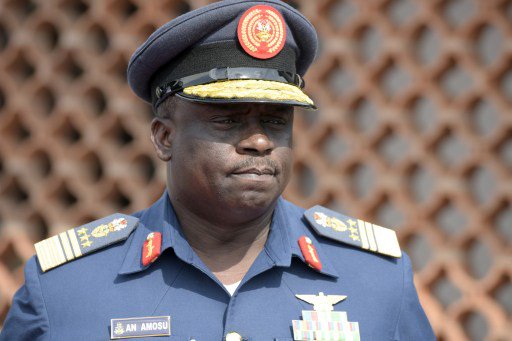 Former Chief of Air Staff, Air Marshall Adesola Amosu, and 10 others who are being tried for an alleged N22.8 billion fraud yesterday pleaded with a Federal High Court in Lagos to allow them enter into a plea bargain arrangement with the federal government.

The EFCC accused them of conspiracy, stealing, money laundering, concealing of proceeds of crime and conversion of funds belonging to the Nigerian Airforce to their personal use around March 5, 2014 in Lagos.

They were also accused of concealing “proceeds of crime” and thereby committed an offence contrary to Section 18(a) of the Money Laundering (Prohibition) (Amendment) Act, 2012 and punishable under Section 17(a).

However, the defendants had pleaded not guilty to the charges, a development which made the trial judge, Justice Mohammed Idris to grant Amosun, Adigun and Olugbenga bail in the sum of N500m each with two sureties in like sum.

At the resumed hearing of the case on Monday, counsel to the EFCC, Nnaemeka Omewa informed Justice Idris that the defence team are currently in talk on the possibility of settling the matter out of court.

He stated, “My lord, the defence team met with the prosecution and have proposed terms of settlement. We are still on it, but we are also ready to go on with the trial of the accused persons.”

Responding, Amosu’s lawyer, Chief Bolaji Ayorinde (SAN) while confirming the submissions of the EFCC’s lawyer, sought for an adjournment to allow parties conclude with discussions.

He said, “It is true that parties have met. It is also true that terms have not been fully perfected. Therefore, parties will be willing to come back before the court to report the outcome of our discussions.”

After listening to the lawyers, Justice Idris adjourned the matter to March 7 for report of settlement or continuation of trial.