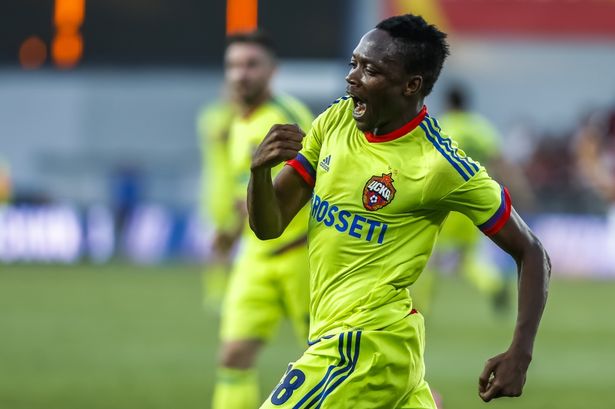 Super Eagles forward, Ahmed Musa, has continued his impressive form after returning to his former club, CSKA Moscow during the January transfer window.

Musa who netted in his first game for CSKA on his return from Leicester City, in their 1-1 friendly draw against Norwegian side, Nordsjaelland last week, also scored twice in the Russian giants 3-0 win against Elche on Tuesday.

He has now scored in back-to-back friendly games for CSKA since joining them on loan from Leicester City.

Musa opened scoring for CSKA in the 22nd minute before Vitinho made it 2-0 on 40 minutes.

And in the 61st minute, Musa scored his second goal to help the Russian Premier League side to another friendly win.

He is expected to play his first competitive game for CSKA when they visit Red Star Belgrade in round 32 of this season’s UEFA Europa League on Tuesday, February 13.