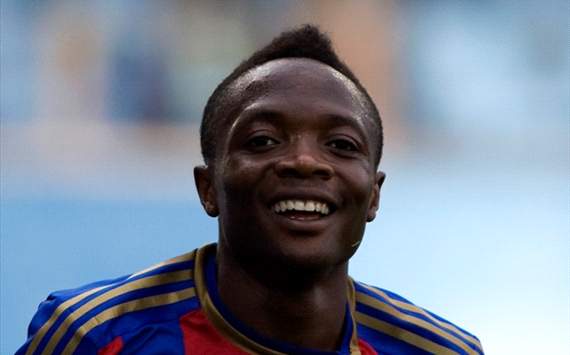 Nigerian forward, Ahmed Musa, scored his first goal on his return to CSKA Moscow on Friday.

The Nigerian netted for the Russian giants in their 1-1 friendly draw against Norwegian side, Nordsjaelland.

Musa is on loan at CSKA Moscow till the end of the season from Leicester City.

He scored the opening goal of the friendly in the 33rd minute.

The Nigerian left the Russian side in the summer of 2016 for Leicester but has had very little playing time in his second season in England.

CSKA Moscow will face Spanish side, Elche in their next friendly.