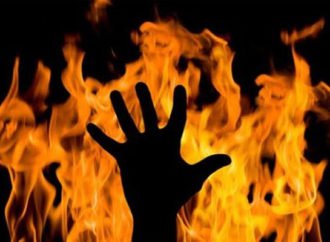 The Child Protection Network and Basic Rights Counsel Initiative (BRCI), a Calabar based-non-profit organisation has condemned the torture of three children over allegations of witchcraft.

The trio aged 3, 5 and 13 narrowly escaped death following torture by their grandmother.

DAILY POST learnt that the grandmother, in collaboration with one Nsikak, interrogated the kids, after which they were given severe fire burns in Akampka Local Government Area of Cross River State.

According to the Executive Director of BRCI, Mr. James Ibor, “The kids told me that they accepted to the charges of witchcraft due to the pains they were subjected to. Their grandmother is currently in Police custody, while Nsikak is at large.

“Basic Rights Counsel Initiative (BRCI) does not support the branding of children as witches. We will work with the Police to charge the suspects to court. The Cross River Child’s Right Law, 2009 clearly forbids anyone from branding a child as a witch.

“The opinion of the law is our opinion at BRCI. The kids have been rescued and are currently at our Emergency Center. We are ashamed that the belief in witches and wizards today in our community has diminished our humanity.”