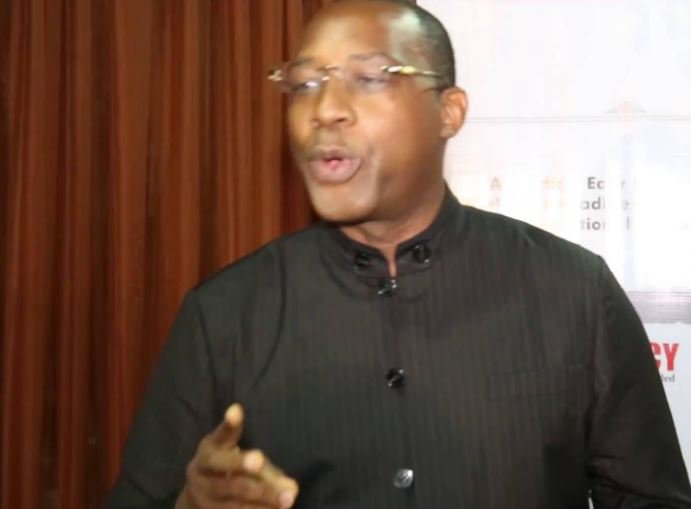 A chieftain of the Peoples Democratic Party, PDP, Satumari Kudla has declared that President Muhammadu Buhari will not get any vote in the North, come 2019.

Kudla, who gave reasons for his declaration said Buhari’s government has been tested and has failed, adding that Nigerians have come to the understanding that the former ruling party is the “strongest party”.

Speaking with The Sun, the APC chieftain said, “Everything that is happening today is to the advantage of the PDP. The party respects the rule of law and gave an opportunity for freedom of expression. Just like someone said, you are free to say what you have and you are also free after you have said it. We cannot say the same of this present government. There is the free of speech. But it depends on what speech that is made and by whom. Freedom after your speech is no longer guaranteed in this government. PDP is the only party that is national in character and composition.

“Just like the issue you raised on statements made, they may not have understood the complicity when they were making those statements. Otherwise, someone would not say that if there is no electricity after certain period of time ‘you should stone them.’ That it is only a bad government that won’t be able to provide electricity in six months. We are running to almost 25 months and nothing is being done differently. So the lack of appreciation may have made those people to say that and it was out of bitterness and anger over certain things. We are only talking to Nigerians to weigh the differences.

“Most of those people may not return to the position they are occupying because the election of the president was predicated on three major things in 2015. The first is that he was not tested. He was only tested when he was military Head of State. Two, People experienced PDP and not APC. Another issue is that of tribalism. The north felt short-changed following Yar’Adua’s death, whom they saw as an extension of former president, Obasanjo, who was responsible for the victory. The last issue is religion. Buhari is a Muslim. So in 2015 election, there was no sentiment that was not thrown into the election to the extent that some of the Muslims in the north were seeing him as their candidate. I am not going to blame him also. Even some Christians saw Jonathan as theirs. The issues led him to get those votes.

“2019 may be different in the sense that we have tested his (Buhari) governance and we know how it is. Again the PDP, which is the strongest party, has announced that their candidate would emerge from the north. It is going to be north versus north, and not south versus north. The last is that the candidate that will emerge on the platform of the PDP, from the north will also be a Muslim. All the states in the north that gave him (Buhari) high votes will not return the same thing next year.

“For instance, in Kano, where Kwankwaso, comes from, the votes is likely going to be divided into two. Also, Malam Ibrahim Shekarau is also a factor in Kano. So if they come together there might not be a 2 million votes coming from Kano. I also heard that Makarfi has closed rank with former Vice President, Namadi Sambo in Kaduna and the reaction of southern Kaduna to the way issues of insurgency and attacks on their people was handled by El-Rufai is not going down well with them and they form a major block of votes. So Kaduna may not give him the kind of votes he got in 2015.

“In Bauchi, we hear ‘8 o’clock’ , what that means is that on Election Day, the party would be voted out because they don’t like their governor and it is rubbing on their love for the president. Going to Sokoto, we do not know where Tambuwal is at the moment. But his name is being featured as a likely candidate that may come to PDP or form the ‘third force.’ We hear story about him being tipped as a possible presidential candidate. Recall that when president Buhari was in London the members of the cabal saw him as a disloyal member of the party. He is seen as not been loyal to Buhari. Should he move, he is most likely to move to the PDP. And Attahiru Bafarawa, whether you like it or not, is a factor.”