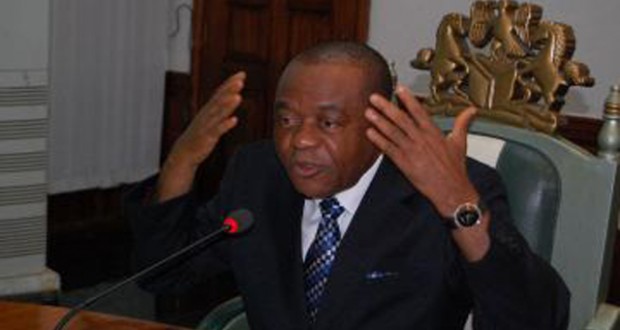 The Former governor of Abia state, Theodore Orji, has advised the Buhari-led administration to obey ex-president, Olusegun Obasanjo’s advice to the president a week ago.

Orji, who is representing Abia Central Senatorial district in the Red Chamber of the national assembly, warned that Obasanjo was a ‘prophet’ and the letter he wrote should not be treated with Levity.

Orji told Independent: “Well, I can only advise the federal government to accede to the advice from the elder statesman and former President of Nigeria.

“The man has become a prophet and that is why I advise that his letter should not be treated with levity, but with the seriousness it deserves.

“It is not the first time he has written to a President. He has done so over the years and no sooner has the letter been received than those that failed to heed it have themselves to blame.

“There will be nothing wrong for the federal government to take his advice and do the proper thing.

“There was nothing personal in the letter he wrote and he was merely writing to a friend and brother both in the military and democracy. Both of them have come a long way so they owe themselves only the truth and that is what President Obasanjo has done.

“He should be commended for the courage as he was commended when he wrote in 2013. He should not be vilified.”