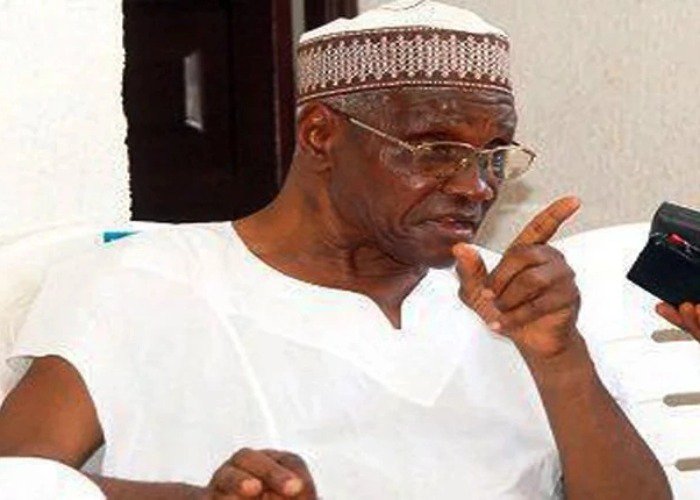 Ango Abdullahi, spokesperson of the Northern Elders Forum (NEF), has rubbished claims of the North plotting to adopt a consensus candidate for the 2019 presidential elections.

Abdullahi said the forum had no plans to pick a consensus candidate for next year’s elections.

He stated this while reacting to insinuations by former Kaduna State governor, Balarabe Musa, who described members of the forum as selfish for pushing for a consensus candidate in 2019.

But, speaking with The Sun, Abdullahi said, “I don’t know of any group right now that has plans for such an idea. People are confusing these various groups. There is ACF, there is NEF, there is also this recent creation of last week meeting in Abuja that was reported as Northern Elders Political Forum.

“People should know that these groups are not the same, ACF is different; NEF is also different, and also the one that was shown in Abuja, the Northern Elders Political Forum.

“Maybe, Balarabe Musa is confusing this last one with the others that have been there for years now. All I know is that we are going to look for a good leader. We should be worried that the country should have good leaders at all the levels of governance. What we are worried is about good governance come 2019.

Stressing that the current leadership of Nigeria had failed, Abdullahi said the “Azikiwes, Sadaunas and Awos did very far better than the leaders we have today.”

Abdullahi said, “If we want change, we should go back to the parliamentary system of government, not this very corrupt, inefficient and no accountability type of government.

“In parliamentary system, you can’t be a minister unless you were elected; then you have a constituency of people; the parliament is your constituency, but now people only worship those who appoint them, and they don’t care about others.”