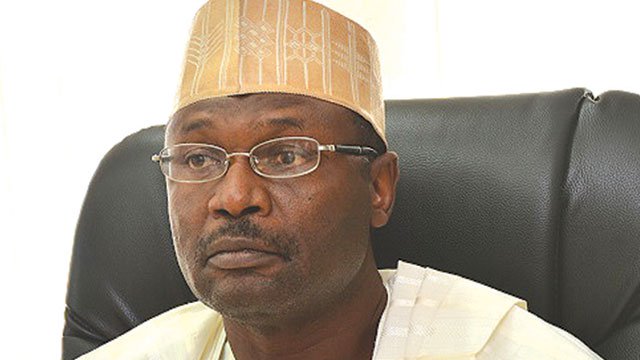 “As we are approaching the 2019 general elections, INEC needs the support and collaboration of EFCC, to check open vote buying at polling stations. This development, which we observed in elections that we have conducted after the 2015 general elections, is giving the commission serious worry,” Yakubu told acting EFCC Chairman, Mr. Ibrahim Magu, who paid a courtesy call on him, Thursday.

Professor Yakub said it was the intention of the country’s electoral umpire not to tolerate open vote buying, and called on the EFCC to come to the commission’s aid.

“Our democracy is on sale in an open market, INEC is worried. We have observed this, in the series of elections we have conducted recently and thus, must stop. Open vote buying will not be tolerated during the 2019 elections.

“We don’t want the outcome of the 2019 elections to be determined by the amount of money some people can deploy on election day for the polling booths. Our democracy will be in jeopardy and the choice of the people will be mortgaged,” he told Magu.

On his part, the INEC chairman also wanted the EFCC to collaborate with the commission on the need to curb spending for elections above what the electoral laws stipulate, and noted that the commission lacks the capacity to monitor flow of money into the system.

“We need to work closely with EFCC to achieve this. If we get our electoral system right, we will get our democracy right and we will be on the path to addressing the myriads of problems facing the country.

“It will also help EFCC; chase most of the big corruption cases related to our electoral system,” he urged Magu.