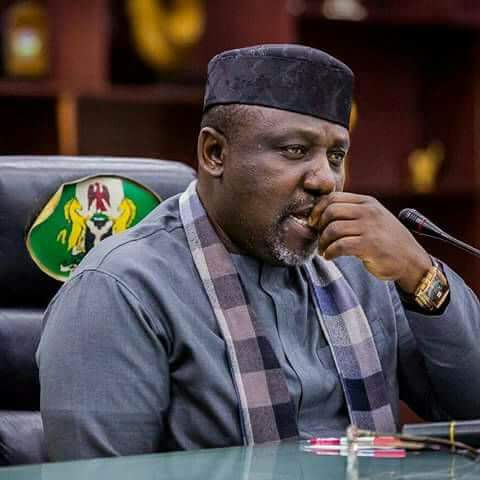 Bishop of the Anglican Diocese of Egbu, Rt. Rev. Geoffrey Okorafor, has claimed that Governor Rochas Okorocha of Imo State has not only failed God, but has also disappointed the citizenry.

Okorafor made this comment during a Eucharistic service at the Cathedral Church of All Saints, Egbu, Owerri North Local Government Area of the state.

Bishop Okorafor was particularly angered by what he described as Okorocha’s “determination to install his son-in-law, Uche Nwosu, as his successor, irrespective of what the people think or feel about the damnable, ill-conceived, ill-advised and ill-motivated project. He has not only failed God, but has also disappointed the citizenry.

The Anglican cleric recalled that in his 2017 presidential address, he advised Okorocha to, “resist the urge to put forward his son in-law as his immediate successor in 2019”.

The Bishop had then cautioned that, “the governor’s son in-law ought not be a candidate after him,”

He accused the governor of “using the state resources clandestinely, to obtain endorsements,” that will pave way for another gubernatorial candidate from Orlu.

Meanwhile, Imo State House of Assembly Speaker, Acho Ihim, on Wednesday, revealed why the state’s lawmakers were backing Uche Nwosu, the Chief of Staff to Governor Rochas Okorocha to become the next number one citizen of the state.

He argued that the decision to ensure that Nwosu takes over from Okorocha was taken in the overall interest of the state.