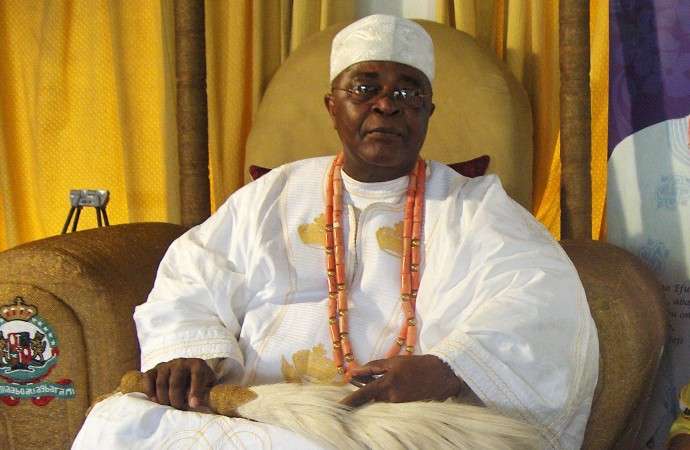 The Alake of Egbaland, Oba Adedotun Gbadebo, has called on Nigerians to support President Muhammadu Buhari next year if he stands for re-election.

According to the monarch, Buhari deserved to be re-elected to enable him consolidate on the policies and programmes he had initiated.

Gbadebo stated this when a former Governor of Abia, Kalu Uzor Kalu, led members of the National Movement for the Re-election of President Buhari, on a courtesy visit to his palace in Abeokuta.

“I am part of the campaign team soliciting that Buhari should be given another chance to lead for another four years to complete the great work he has started.

“Those who drafted the constitution to allow for a second term have envisaged that while a leader takes time to formulate policies and put programmes in place, he needs more time for them to germinate before they begin to translate such to benefits for the people.

“Unfortunately, policy somersault has become a prominent feature in the history of governance in the nation.

“When a leader goes after four years, virtually everything he has done will be turned over by whoever comes after and we can no longer afford this wastage,” he said.

The monarch went on to describe Kalu as a detribalised person, who in spite of being an indigene of the South East Zone, had continued to campaign for Buhari.