20 people killed, 10 others injured in motor accident along Kaduna-Abuja Expressway 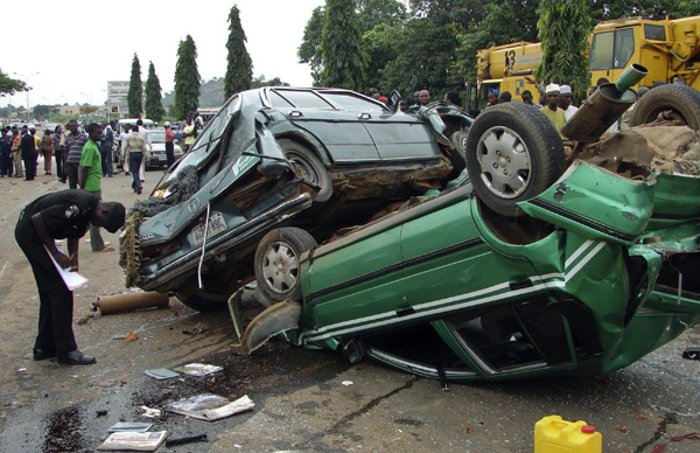 No fewer than 20 persons died in a fatal motor accident along Kaduna-Abuja Express way on Sunday night.

The Sector Commander of the Federal Roads Safety Corps in Kaduna State, Umar Ibrahim, told journalists in Kaduna on Monday that the accident occurred around 7 p.m. at Dutse U-turn, 22 kilometres from Kaduna metropolis.

Ibrahim said that the 16-seater bus was overloaded with 30 passengers, 29 males and a female going to the southern part of the country.

The commander said: “The accident occurred when the truck that was coming from Abuja axis was trying to make a u-turn at Dutse when the bus coming from Kaduna axis rammed into it, killing 17 people instantly.”

“Ten others sustained injuries and were rushed to the hospital by an FRSC official, where three of them also died.”

“The bus was not only overloaded with passengers but also choked with dismembered motorcycles belonging to the passengers.”

“We had to divert traffic to single lane before we were able to clear the wreckage and allow free flow of traffic,” he said.