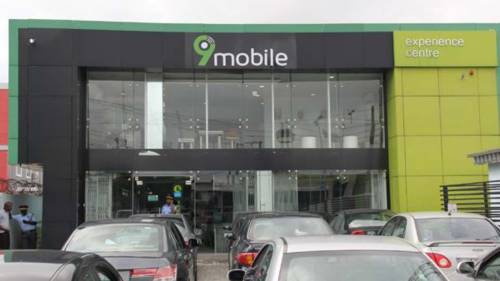 Umar Danbatta, Executive Vice-Chairman of Nigerian Communications Commission (NCC), has said a debt burden of $100 million was delaying the transfer of ownership of 9mobile to Teleology Holdings Limited, the company declared winner of the bidding process by Barclays Africa.

Teleology had been awarded rights to the telecommunications firm over Smile Telecoms in March 2018.

Speaking in an interview with ThisDay in South Africa on Tuesday, Danbatta further disclosed that the due diligence report on the capability of Teleology to purchase 9mobile is also held up by the owings.

He said: “Barclays Africa, the financial adviser handling the sale of 9mobile announced Teleology Holdings Limited as the preferred bidder of 9mobile and Smile Telecoms Holding as the reserve bidder in the ongoing sale of 9mobile.

“Now, the spectrum licence of 9mobile belongs to Emerging Markets Telecommunication Services (EMTS), but trading as 9mobile. Teleology had since paid a non-refundable deposit of $50 million and the record is there to show for it and we have verified the payment. Teleology also paid $251 million into an escrow account of the Central Bank of Nigeria.”

Teleology won the auction of the firm previously known as Etisalat, with a $1 million margin over Smile. It was then directed by Barclays Africa to pay an initial fee of $50 million within 21 days of its bid win and the balance of $251 million in 90 days. The deadline for the first payment expired on March 21, while the second expired on the July 25. Both tranches of imbursements have been made, but Teleology would have to wait till the said debt is paid back to equipment manufacturers like Nokia, Huawei and IHS.

Dambatta, however, noted that the $100 million loan is not captured in the $1.2 billion debt, which is held by the consortium of 13 local banks.

“It is a two-phase transfer of shares and NCC has transmitted the letters of no objection for the two phase transfer of shares from EMTS to United Capital Trustees, and then from United Capital Trustees to Teleology. But what has not been transferred is the spectrum licence to Teleology because there is a caveat around it. So the operational and spectrum licences of 9mobile are still with EMTS. Again Teleology is expected to make another tranche of payment of $100 million to service the debts of equipment suppliers and vendors like Huawei, IHS and Nokia, which 9mobile is owing,” Danbatta explained.

With an inflation rate of seven per cent and rising oil prices in 2008, experts say it was profitable to rack up dollar denominated loans. Following the devaluation of the naira and a double digit inflation percentage seven years later, the disposable income of clients, cheap data plans, theft and vandalisation of telecom equipments, harassment of base station operators by state governments, among others, analysts say Etisalat was under pressure to default.

The inability of the Central Bank of Nigeria, the 13 banks and Etisalat to reach a loan restructure deal, led to the introduction of United Capital as receiver managers for the loan and transfer of Etisalat’s assets through the auction which Teleology won.