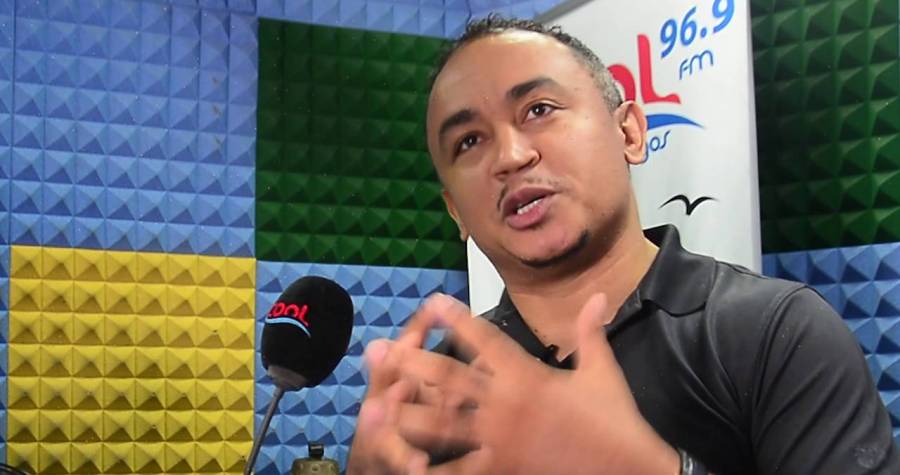 Controversial on air personality (OAP), Daddy Freeze, has reacted to the news of Vice President Yemi Osinbajo’s daughter, Damilola getting married to Shamsideen Oluwaseun Bakare, the son of one of Nigeria’s richest businesswomen, Hajia Bola Shagaya.

Osinbajo had announced the marriage of his eldest daughter, Damilola to Bakare.

He wrote: “I congratulate them and sincerely wish them well as they look really happy and in love!

“His name seems Muslim. If it’s normal church rats that want to marry Muslims, they won’t agree o. They will go as far as saying “Allah is not God”.

“But with the political pedigree involved here, I’m sure even the GO and his Mummy will attend.”

Freeze further recalled a case of another Redeemed pastor’s daughter Charity, who wanted to marry a Muslim but was opposed by the Christian Association of Nigeria, CAN.