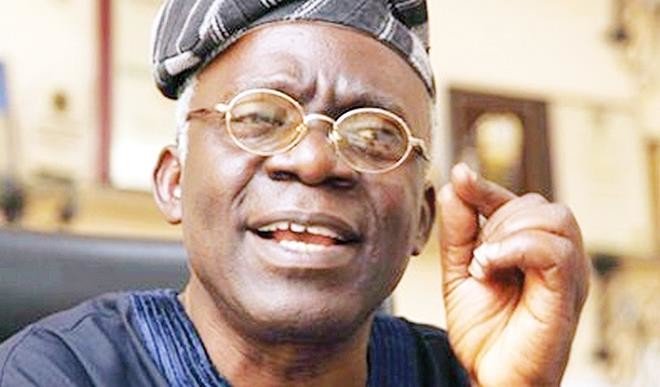 Falana said this in reaction to the reinstatement of suspended Executive Secretary of the National Health Insurance Scheme (NHIS), Usman Yusuf by President Buhari.

The Senior lawyer warned the President Muhammadu Buhari-led administration to stop insulting the intelligence of Nigerians, adding that the reinstatement of Prof Yusuf cannot be justified in law.

In a statement yesterday in Lagos, Falana said: “In line with the provisions of the Public Service Rules, the former Secretary to the Government of the Federation (SGF) and former Director-General of the National Intelligence Agency, Messers Babachir Lawal and Ayo Oke, were suspended pending the conclusion of investigations into allegations of corrupt practices and money laundering levelled against them.

“But the established principle has just been set aside by President Muhammadu Buhari in this case.

“In a bid to play on the intelligence of Nigerians, the Federal Government has said the allegation of the criminal diversion of the over N900 million involving the Executive Secretary has not been swept under the carpet and that his purported reinstatement will not stop the investigation being conducted by the Economic and Financial Crimes Commission (EFCC).