Why we vacated October 1 quit notice against Igbos – Shettima Yerima 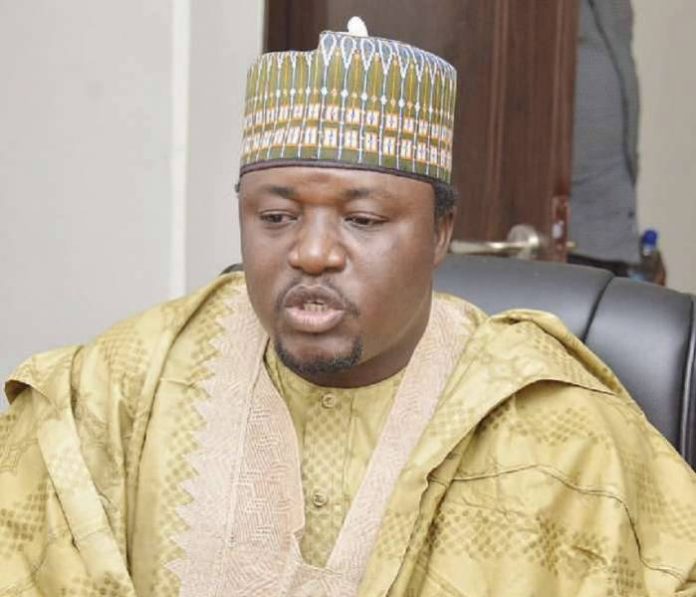 President of Arewa Youths Coalition, Alhaji Shettima Yerima, said his group withdrew the Oct.1, 2017 quit notice issued against Igbos residing in the Northern Nigeria due to peaceful overture made by Chief Ralph Uwazuruike, the former leader of Movement for the Sovereign State of Biafra (MASSOB) and others.

Yerima gave the explanation in a speech he made during the sixth anniversary of late Dim Chukwuemeka Oduemegwu Ojukwu organised by the members of MASSOB and Biafran Independence Movement (BIM) Monday in Owerri.

Ojukwu, who led the defunct Biafra Republic in a three-year civil war with Nigeria, died in the year 2011.

Yerima said that the issuance of the notice was sequel to the abusive language and insults hauled on the people of the North by Nnamdi Kanu, the leader of the proscribed Indigenous People of Biafra (IPOB).

“It was very sad to hear Kanu call people of the entire North; animals and people living in the zoo, it was for this reason that the Arewa Youths Coalition which I was the leader decided to issue the Oct.1, 2017 quit notice to the Igbos living in the North.

“But while the heat of the quit notice lasted, Chief Ralph Uwazuruike, and Alhaji Hamza Mustapha and others visited Zaria, Kaduna where they spoke in a manner that made us have rethink over our earlier position.

“Before the meeting, our mindset was that Kanu, the IPOB leader was speaking the minds of Igbo people, but the explanations by Uwazuruike and others gave us more insight that most Igbo leaders were even against what Kanu was doing’’, he said.

Yerima said that while Arewa youths and indeed the North are not opposed to self-determination struggle by any part of the nation, such struggle must be anchored on the rule of law.

According to Yerima, “I have known Uwazuruike, the leader of MASSOB for more than 14 years now and we have been going on well without friction, but the conspiracy of silence, which we felt at the time IPOB leader Kanu was operating force us took the position we took.’’

He further disclosed that the quit order had to be withdrawn on August 25 after the visit of Chief Ralph Uwazuruike the leader of MASSOB/BIM to Zaria, a development he added, led to consultations with the elders of the North and the northern governors’ forum.

Uwazuruike, in his remark, said the Igbo leaders ought to have addressed the excesses of Kanu before it went out of control.

“The Igbo people should rather be held responsible for allowing the leader of the Indigenous People of Biafra (IPOB), Mazi Nnamdi Kanu to insult the sensibilities of the Hausa/Fulani and the entire people of the North in his blind quest to cause another civil war in the country in the name of Biafra agitation’’, he said.

Uwazuruike said that the Ojukwu memorial event was to reflect on the times and values the late Ikemba Nnewi left behind, and called on Ndigbo to always uphold and cherish Ojukwu’s good virtues.