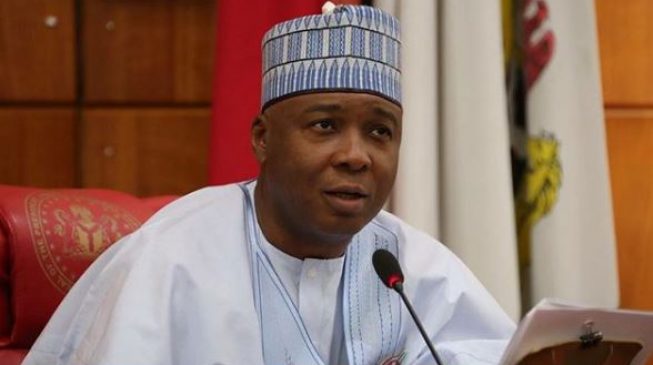 Senate President, Bukola Saraki has said that ‎the defection of Senator Godswill Akpabio from the Peoples Democratic Party (PDP) to the All Progressives Congress (APC) is not a national issue.

When asked during his world press conference on Wednesday, what he thought about the former Akwa Ibom State Governor’s exit from PDP, Saraki replied: “Akpabio’s issue is not a national issue. I won’t make comments on it.”

The Senate President also refused to talk about Akpabio’s resignation ‎as the Minority Leader in the Senate.

Akpabio was welcomed into the APC at a rally organized by the Akwa Ibom state chapter of the party today.

Present at the event, were National Leader of the APC, Bola Ahmed Tinubu and the National Chairman of the party, Adams Oshiomhole.