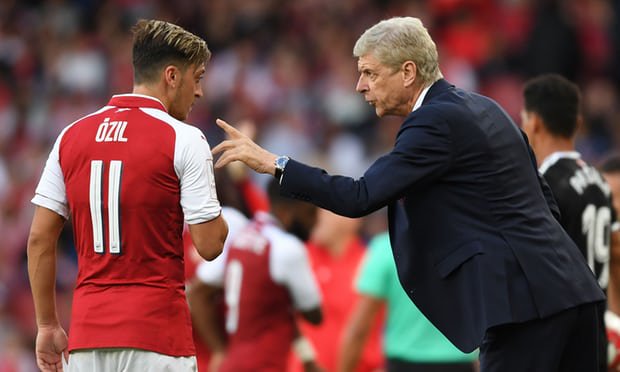 Ozil signed a new three-and-a-half year contract worth £300,000 a week, making him the Premier League’s second-highest paid player behind Alexis Sanchez , who left Arsenal for Manchester United in January.

Before now, Sanchez and Ozil were the best-paid players on around £140,000 a week last season.

“First of all, when we let a player go we have to buy somebody of the same calibre. And if you add the transfer needed – the wages [for the new player] will be similar, but on top of that we have to pay a transfer [fee]. So overall, Ozil was for us the cheapest option,” Wenger said.

New boys Pierre-Emerick Aubameyang and Henrikh Mkhitaryan both signed deals reportedly worth £180,000 a week, which was an Arsenal record until Ozil penned his new deal. But Wenger insisted that he had no problem with paying such high salaries, as long as it is within the club’s means.

“I never put a limit on that. I just think that at the end of the day, what I never wanted to do was spend 12 when we earn 10. As long as we earn what we can pay, it’s not a problem.

“I did fight my whole life to pay the players good wages. So I’m not against that. I just am against the fact that you live on credit,” the Frenchman stated.