We have forgive Babangida, Obasanjo for telling Buhari the truth – Niger Delta militants 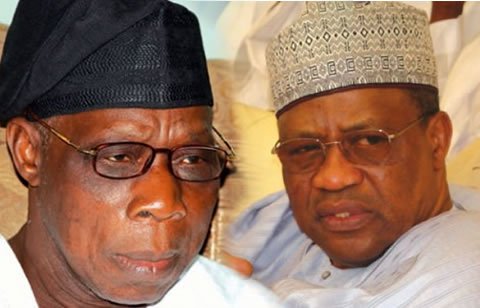 Niger Delta agitators have said they have forgiven former Military Head of State, Ibrahim Babangida, and ex-President, Olusegun Obasanjo for their past mistakes against the youths.

Speaking under the auspices of 21st Century Youths of Niger Delta, the agitators anchored their remark on the fact that both past leaders fearlessly told President Muhammadu Buhari the truth on the state of the nation and the need to restructure the country.

In a statement signed by WOI Izon Ebi, the agitators also appealed to Nigerian youths to forgive the two former leaders since they have now told Buhari the truth.

They also warned the Chief of Army Staff, Lt General Tukur Brutai, over his planned re-launching of Operation Crocodile Smile 3 and Python Dance 3 in the South South.

The statement reads, “We applaud General IBB and General OBJ for their boldness for the love of Nigeria and the youth.

“It is now left for General Muhammadu Buhari to do the needful to restructure the country because every father will always like to give their children a future. What does General Buhari want to be remembered for? We leave the question for him to answer because everything has been exposed,” they said.

“His message is simple, urging the youths of Nigeria to wake up from their slumber and rise up to take leadership from the analogue leaders that have failed their generation, advising Nigerian youth that they are in a better place and well qualified to offer leadership.

“ It is not surprising to us when Professor Umar Labdo Mohammed of the Faculty of Humanity, North-West University, Kano will be making provocative, derogatory hate speech that the Fulanis are born to rule Nigeria for a long time and Niger Delta resources are owned by the North because of their land mass and population.

“It is not surprising to us because God is using him to expose the reason we find ourselves in this primitive, barbaric and ungodly society called Nigeria. How do you explain and defend the fact that the allocation of Katsina state with no oil is far higher than the allocation of the six oil producing states in the Niger Delta, where oil is produced using the indices of land mass and population.

“The – called land mass that is supposed to be used for agriculture is now a breeding ground and training camp for terrorists to be killing Nigerians on a daily basis in the name of Islamic religion and doctrine. The so -called population is now empowered with AK47 rifles and cows with the aid of mercenaries killing innocent Nigerians and hardworking Nigerian farmers that are struggling to provide food for the nation in the name of Fulani herdsmen and the Federal Government is trying to proffer a legal backing to justify their killing of innocent Nigerians with cattle colony.

“The last time we checked, we found out that the country’s armed forces swore to an oath of protecting the lives of its citizens and the territorial integrity of its nation.

“And that is what is playing out and we in the Niger Delta will not, we repeat, will not take any military action in any guise from the unprofessional Nigerian Army headed by Tukur Brutai, which has lost its pride and glory.

“How can the Nigerian Army explain that they are absorbing repentant Boko Haram members into the army and contemplating absorbing 30,000 civilian JTF into the Nigerian army and under their nose, foreign Fulani cattle breeders are killing innocent Nigerians and Nigerian farmers on a daily basis without the arrest of any culprit.”