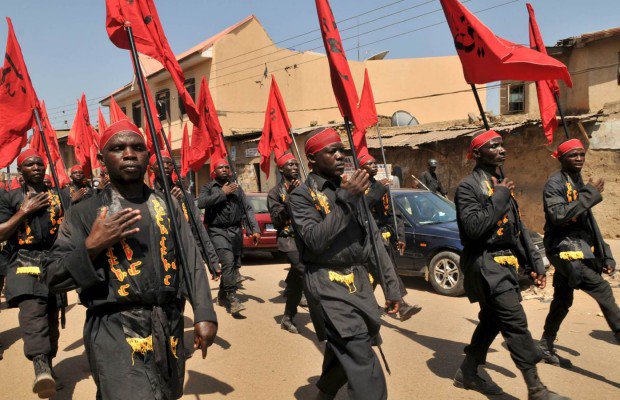 The Islamic Movement of Nigeria, IMN, said it has rejected the move by the Federal Government to label it a terrorist or violent organisation.

The group in a press statement made available to the News Agency of Nigeria said it has always been a peaceful organization and remains committed to peace, despite the incarceration of its leader, Sheikh Ibraheem El-Zakzaky.

The group said it suspected that the attempt to label it a, “violent and terrorist” is designed to “finally nail the coffin on it once and for all.”

“By this evil design, the free Zakzaky campaign now gaining momentum and indeed the Movement, will be done away with finality. This is a multi-faceted scheme with involvement of agents at various levels and layers,” the IMN spokesman Ibrahim Musa said.

“Recently, the Federal Attorney General, Mr. Abubakar Malami SAN, gave an indication that proved that some sinister motives were behind their refusal to obey court judgement, when he hid under the cover of what he termed “public interest” as against the tag of “protective custody” they initially used.

“The bait here is to initiate some very alarming disruption of public peace in the name of the Islamic Movement in order to reach their goals. This evil design of disruption of peace in our name is plotted to be of a magnitude and proportions as to sufficiently frighten the public and want them want to avoid us like a plague. This will swing
public opinion against us and want to go for our jugular, especially the law courts.

“The plots by the security forces have thickened to carry out series of attacks of such a large scale and proportions that will be subsequently attributed to the Movement, starting from the course of our peaceful activities using their agents within. In that way, they hope to associate the peaceful campaigns to free Sheikh Zakzaky with violence, and from there, the security forces will take it from there and escalate it to the scale and scope they desire. This two-faced machination of the Security to pretend they are working to enforce peace and security while in fact they mean evil is very much known to us.

“We want to unequivocally state for the umpteenth times that the use of violence is never in our character. Our leader, Sheikh Zakzaky has categorically said times without numbers that we are out to save lives and not to destroy them. He said anytime you here a shot and it is said to be coming from our direction, you should know that it is fake news as we do not use weapons or violent tactics to achieve our goals.

“This has been clearly demonstrated in the present Free Zakzaky campaigns since the brutal massacre of over a thousand of our innocent members and the illegal detention of our leader and hundreds of his followers for the past two years. For sometimes now we have been staging peaceful protest marches and sit-outs in Abuja to press home our demand for the freedom of our revered Leader Sheikh Zakzaky, his wife and several others in detention since the Zaria massacre of December 2015.

“We have not for once resorted to the use of terror tactics. This is not about to change.”