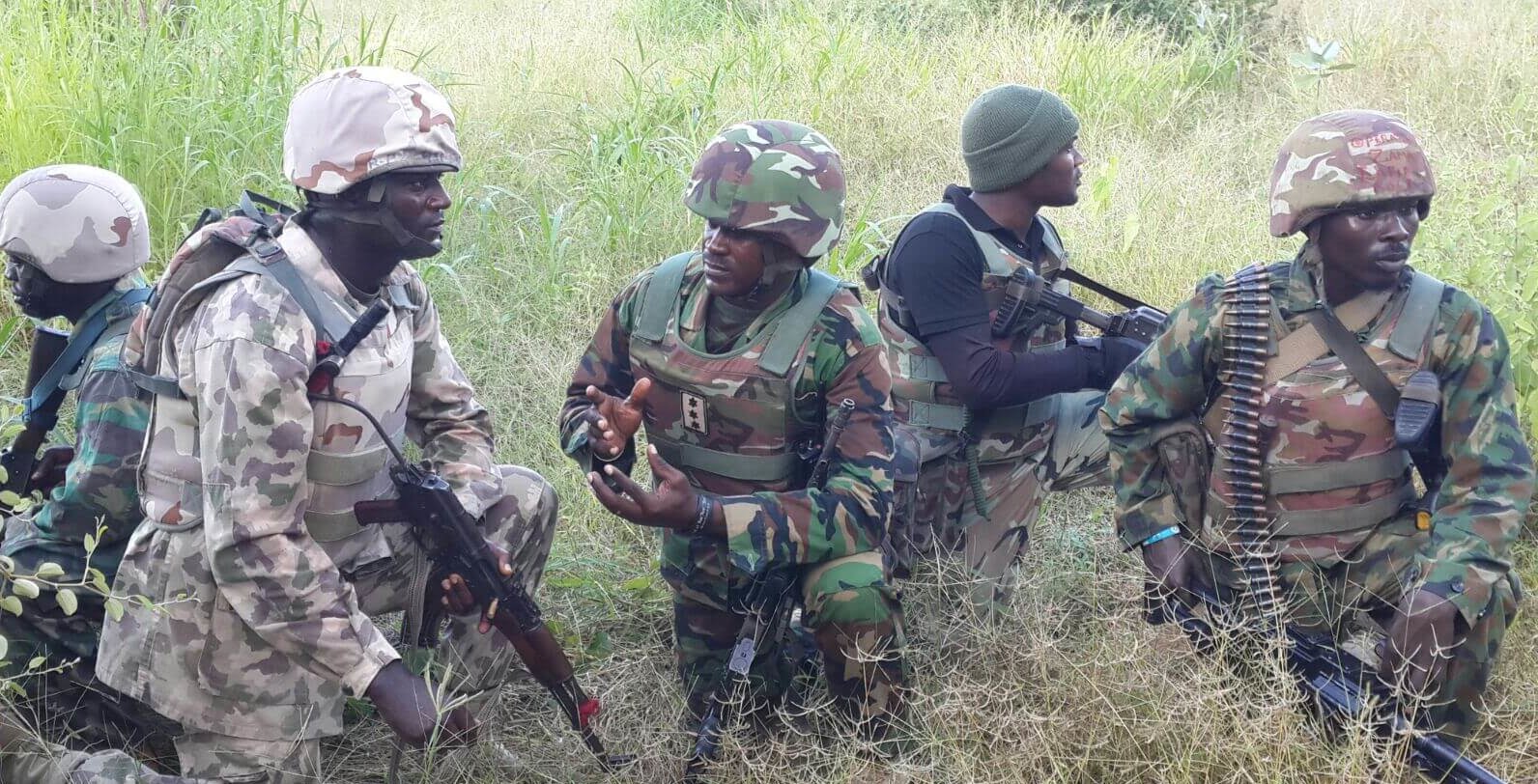 The Nigerian military, on Tuesday, repelled a terrorists’ attack on Ngamdu, a border town between Yobe and Borno States.

Ngamdu is under Kaga Local Government Area of Borno and about 100km to the capital, Maiduguri.

The insurgents attempted to overrun a military base in the area but were stopped by soldiers already on alert.

The sect members were said to have moved in a Mine-Resistant Ambush Protected (MRAP) and gun trucks.

“As they approach, our troops swooped on them from the air and ground dealing decisively”, a source told PRNigeria.

The officer said troops carried out a mopping-up operation after the battle which left a number of terrorists dead.

Troops thwart ISWAP attempt to attack military base in Borno