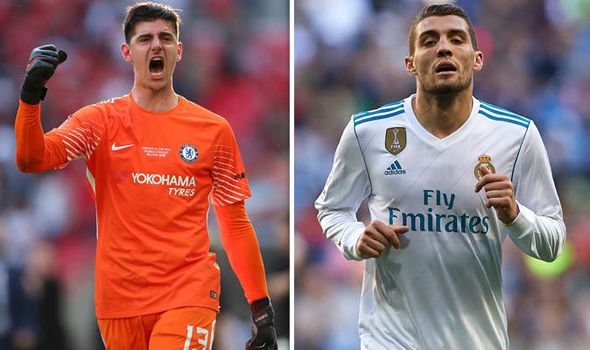 Chelsea have finally reached an agreement with Spanish giants Real Madrid for the sale of Thibaut Courtois.

Chelsea confirmed this on Wednesday evening.

The Belgian international will join Real once he has undergone a medical and agreed personal terms on Thursday.

Real Madrid announced the news on their official website, and confirmed the deal would see midfielder Mateo Kovacic move in the opposite direction.

Real Madrid, according to Metro, UK, also confirmed that Courtois will sign a six-year deal, and announced Kovacic would join the Blues on a season-long loan.

Courtois will be presented as a Real player on Thursday at 1pm, which will end a week of turmoil for the Belgian and Chelsea.

The goalkeeper went missing from training and refused to return to London until Chelsea accepted his transfer to Real Madrid.

The goalkeeper was desperate to leave Chelsea to live in the same city as his family.