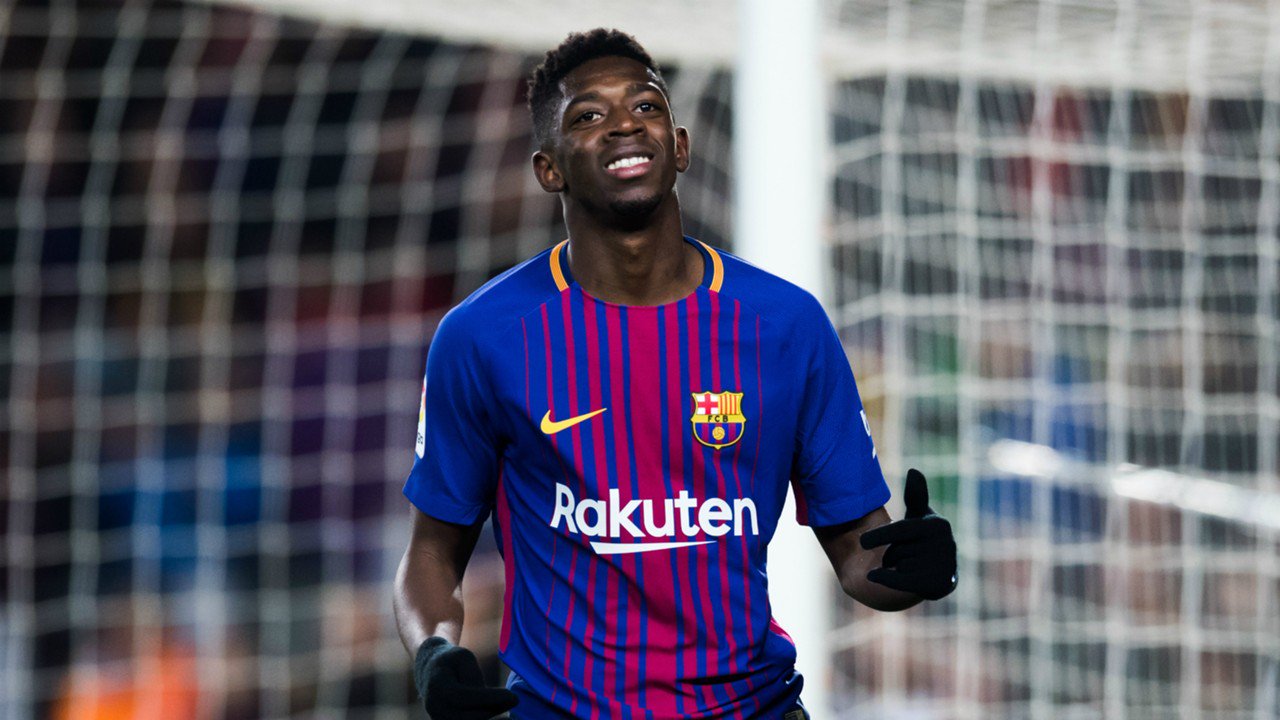 France forward, Ousmane Dembele has finally decided that he will reject any approach from Arsenal so as to remain at Barcelona for another season.

Dembele has been linked with a move away from the Catalan club.

He was reportedly concerned with Barcelona’s decision to sign Brazilian winger, Malcom at the end of last month.

The 21-year-old endured a difficult first season at Camp Nou after he was signed from Borussia Dortmund for £135.5 million last summer.

Metro UK reports on Tuesday that Arsenal are preparing an £89million offer to sign Dembele before Thursday’s transfer deadline.

The report claimed that the deal comprised an initial £8.9million loan fee with a compulsory £80million option to make the deal permanent next summer.

However, Spanish outlet, Mundo Deportivo claimed that Dembele has held talks with Barcelona’s president, Josep Maria Bartomeu and has said that he wants to stay at Camp Nou for another season.