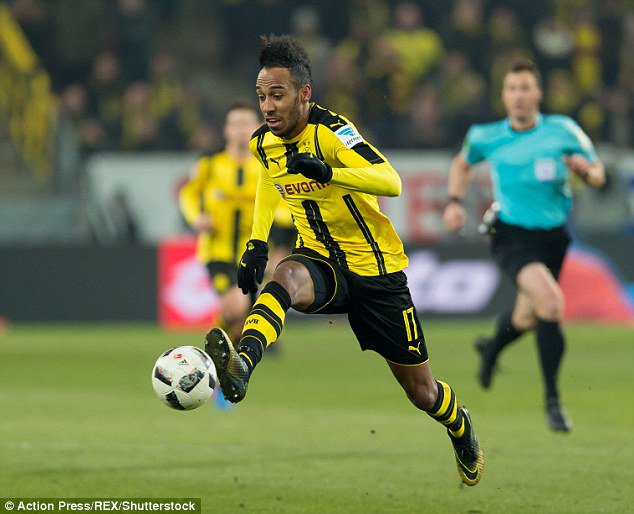 Pierre-Emerick Aubameyang is close to sealing a move to Arsenal from Borussia Dortmund, after both clubs agreed on a £60million fee for the player.

However, the Bundesliga club will not sanction the deal yet, until they have secured a replacement, with Arsenal’s Olivier Giroud among their reported options.

The Gunners had two bids rejected for Aubameyang in the past week.

Dortmund made it clear they were willing to let the Gabon striker go, if “certain parameters are fully met”.

“We are ready to realise a transfer under certain parameters but only if these are fully met,” sporting director Michael Zorc told German TV.

“We have a clear position. Arsenal has started several attempts so far. We have up to now refused them all.”

Arsenal are looking to Aubameyang to replace Chile forward Alexis Sanchez, who joined Manchester United earlier this month in a swap deal with midfielder Henrikh Mkhitaryan.