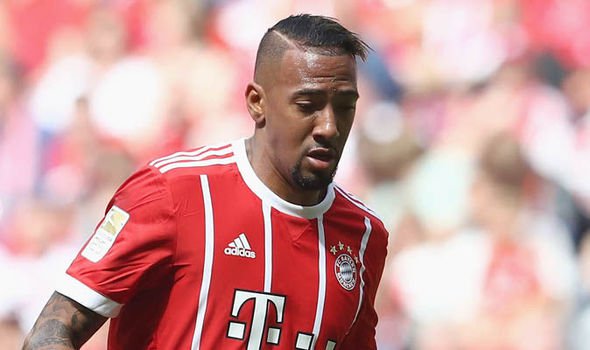 United are reported to have made official contact to the Bundesliga champions on Sunday over a transfer for Boateng.

The Red Devil’s manager, Jose Mourinho, is eager to reinforce his defence as talks between both clubs took place following United’s pre-season friendly defeat at the Allianz Arena during the weekend.

However, German outlet, Kicker is reporting that United are not the only Premier League club interested in signing Boateng, as Arsenal was named as ready to make move.

The report also claimed that Bayern are confident of getting around £44million for Boateng given that he still has a contract until 2021.

The 29 year old is believed to be open to moving to either Manchester or London, having previously lived in the former while playing for Manchester City.