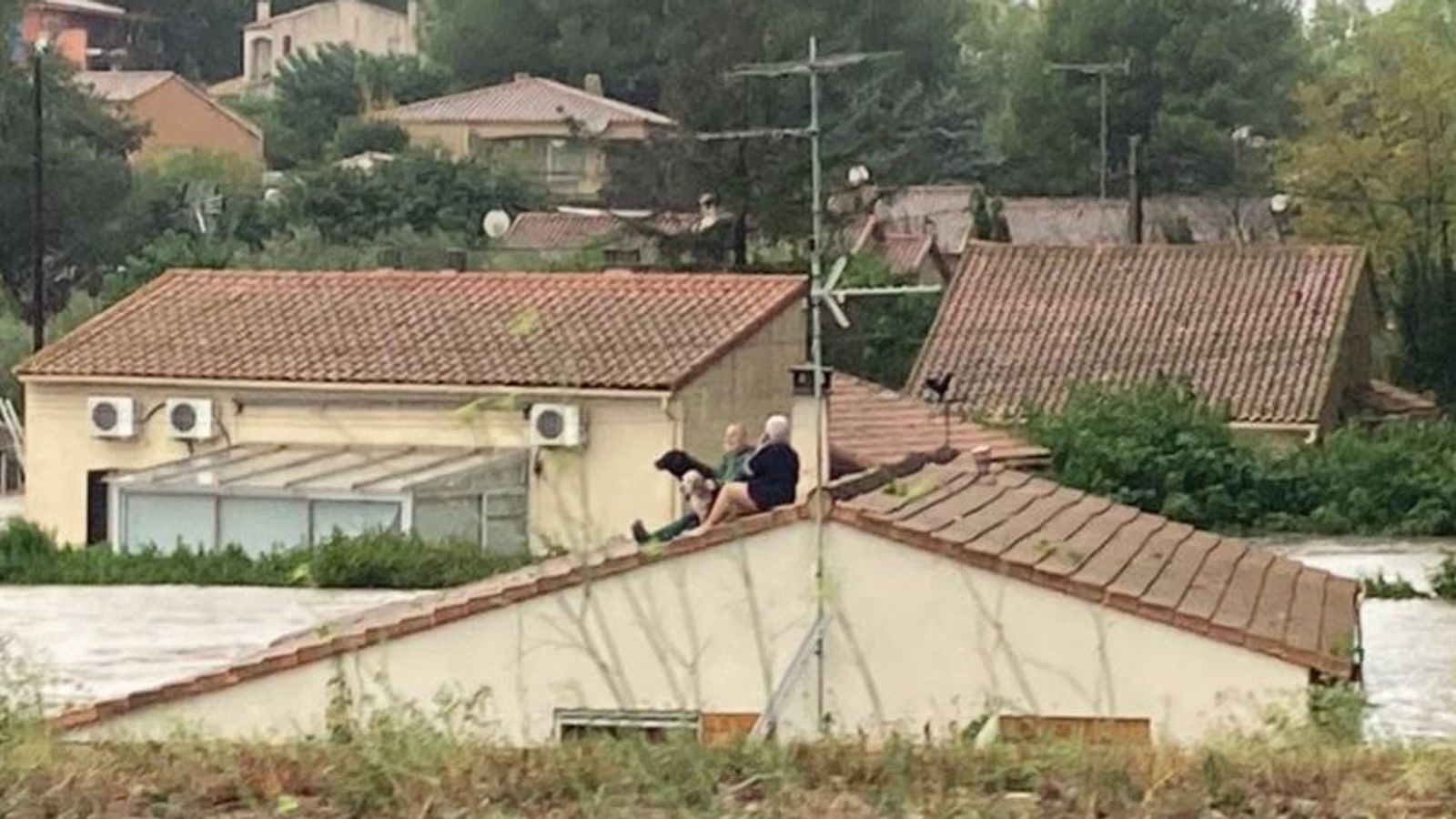 Southern France has again been hit with heavy rain, thunderstorms and flooding after a similar deluge just days ago.

The equivalent of two months’ rain is said to have fallen in two hours in one area of Gard.

Videos on social media showed torrential downpours in the city of Nimes and flooded streets in Calvisson.

People were also pictured sitting on a roof in the Gallargues commune of Gard.

Twenty-three people had been rescued from their vehicles by firefighters by midday on Tuesday, according to a report by local media outlet La Provence.

A white water rescue team was also deployed towards Nimes and three helicopters were on standby near the city.

There was also disruption on the A9 motorway and other major roads.

However, an earlier red weather alert for the Gard was eventually lifted and was replaced with an orange alert for thunder, rain and flooding – which remains in place.

It comes after similar weather in southwest France last week.

France-based news agency AFP reported last Thursday that the equivalent of two months of rain had fallen in three hours in Agen in Lot-et-Garonne.

More than two metres of water was reported in some of Agen’s streets and more than 300 firefighters were deployed. However no deaths or injuries were immediately reported.