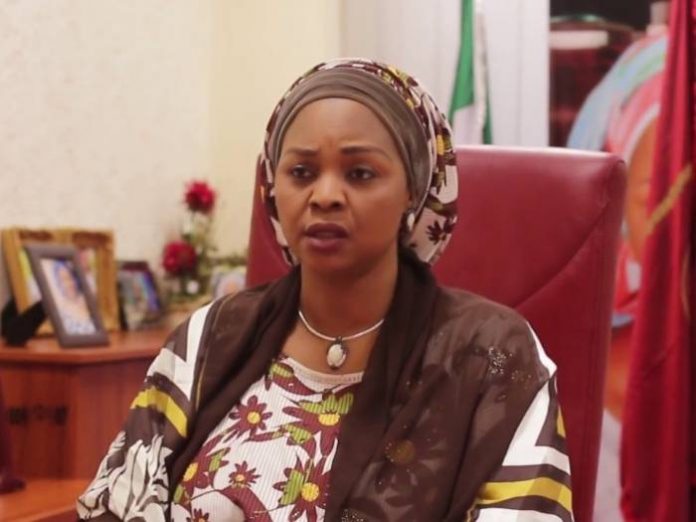 Earlier, she had served the Federal House of Representatives three times, from 1999 to 2011. She is the first politician to represent two different federal constituencies.

She was also, the only female delegate from Adamawa State to the National Conference in Abuja.

Abbo, who will replace Garba at the upper chamber, is a 41-year-old man who joined politics in 2014.

Celebrating his victory on his Facebook page, he wrote, “We started this journey in 2014. Nobody believed. Today, that lofty dream has become a reality. Victory at last! I am now called distinguished Senator Elsha Ishaku Abbo. Thank you Jesus!”

Abbo, who supported the APC in 2015, switch sides in 2018 when he visited former President Goodluck Jonathan to apologise for criticising him.

In a post which went viral, he wrote, “Today I visited the former President of Nigeria, the father and Hero of democracy in Africa His Excellency Goodluck Ebele Jonathan the man that believed that his ambition is not worth the life of any Nigerian.

“I seized the chance to apologise to him for disagreeing with him politically in 2015. In his usual characteristic manner, he opened his arms wide, forgave easily and received me with love. This man is the embodiment of humility and gentleness.

“We promise to redeem ourselves from our mistakes of 2015 come 2019. God bless Nigeria.”

He describes himself as “an incorrigible optimist, fearless visionary, a generational blessing, intelligent and compassionate individual.”