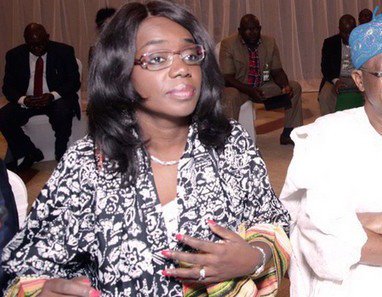 The Chairman, Senate Committee on Public Accounts, Senator Mathew Urhoghide, on Thursday invited the Minister of Finance, Mrs. Kemi Adeosun, to appear before it to explain how the $600 million Euro bond sourced from the Chinese Government was used.

The upper chamber said $600 million loan received to revive the power sector was allegedly diverted by the Federal Government to remodel four airports in the country.

It noted that there was $600 million Euro bond from the Chinese Government for the rehabilitation of the power sector, out of which $100 million was allegedly diverted as counterpart funding for the remodeling of Lagos, Abuja, Kano and Port Harcourt Airports.

He issued the summon at the meeting of the committee on Thursday.

Urhoghide, (Edo South), said the Minister of Transportation, Rotimi Amaechi and the Director- General of Debt Management Office (DMO), Mrs. Patience Oniha, would also appear before the committee on the matter.

Urhoghide, who spoke when the Permanent Secretary, Ministry of Transportation, Sabiu Zakari, appeared before his committee, said those invited should appear before the committee next week to explain the rationale behind the movement of such loans from its original purpose to another.