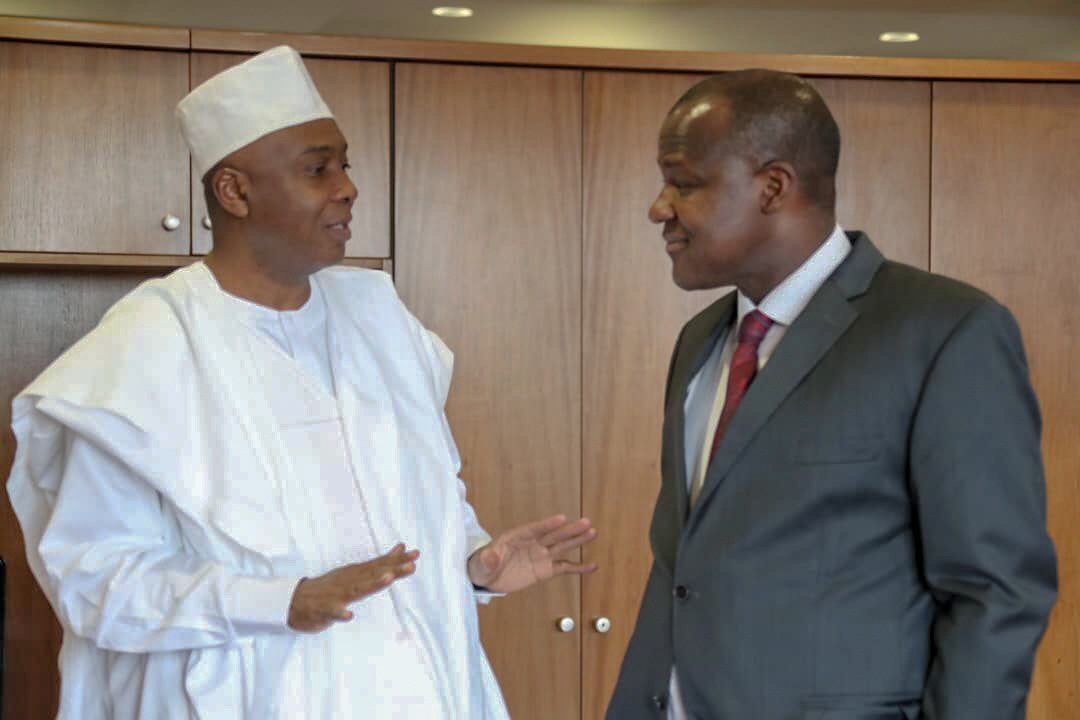 The meeting followed both presiding officers’ joint press conference on the invasion of the National Assembly complex by men of the Department of State Services (DSS).

At the briefing, the duo vowed that they will continue to fight for the advancement of democracy.

Meanwhile, the Federal High Court, Abuja, on Wednesday ordered the Inspector-General of Police (IGP) to produce Yakubu in court on August 14.

Justice Stephen Pam gave the order after Mr Adegboyega Awomolo (SAN), counsel to Yakubu, told the court that he did not know where his client was.

According to Pam, the bench warrant issued for the arrest of Yakubu has not been vacated and still subsists.

”The I-G is hereby ordered to enforce it by bringing him to court on the next adjourned date,” he ruled.