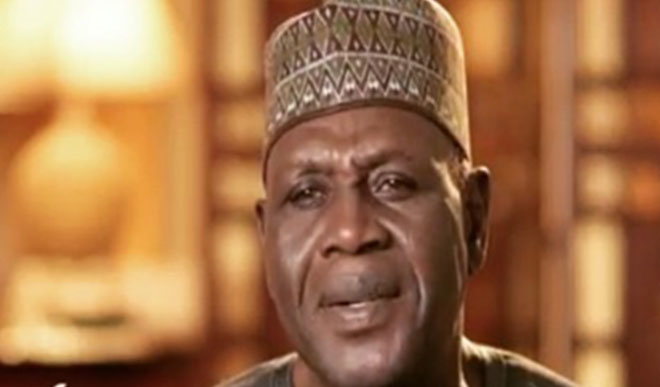 The House of Representatives has summoned former Secretary to Government of the Federation (SGF) and Chairman of the National Intelligence Agency (NIA), Presidential Review Panel, Babagana Kingibe.

He is expected to appear before its Committee on Public Safety and National Intelligence next Tuesday.

Kingibe, who was allegedly indicted by the immediate past Acting Director General of NIA, Ambassador Mohammed Dauda over the movement of the missing $44 million is to appear alongside other members of the panel who include: former DG, SSS, Mr. Albert K. Horsfall; Former DGs of NIA, Mr. Olaniyi Oladeji, Mr. ZY Ibrahim and the current DG of NIA, Mr. Abubakar, who was one time PRP Secretary.

The summon was contained in a letter addressed to the SGF, Engr. Boss Mustapha and signed by the chairman of the House committee on public safety and national intelligence, Hon. Jaji.

In the letter with reference number: NASS/HR/8/CT.80/IV/326, dated January 30, 2018, the Committee frowned at the non-appearance of Amb. Kingibe despite invitations to that effect.

The letter reads: “The Committee frown at the non-appearance of the Chairman and members of the Presidential Review Panel headed by Amb. Babagana Kingibe.

“The committee therefore resolved that the chairman and members of the panel are to appear before the committee on Tuesday, 13th February, 2018 by 2:00pm at suite 4.88, Fourth Floor, House of Representatives, New Building, National Assembly Complex, Abuja.

“Please, you are equally requested to come along with all relevant information and documents that would assist the committee at the briefing on the said matter”, the letter stated.