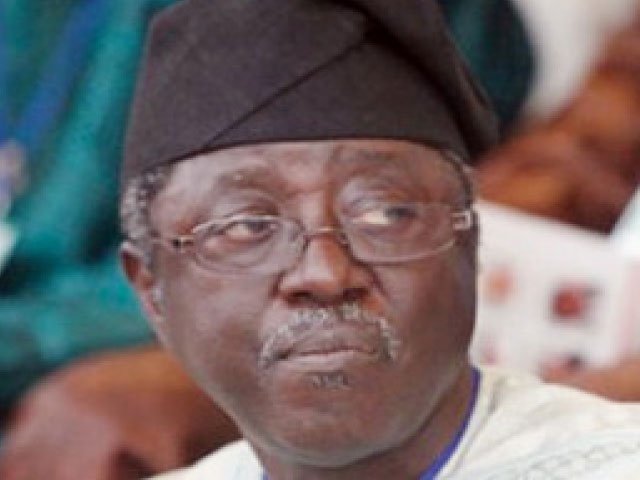 A statement credited to former Pateau Governor and senator representing Plateau North senatorial zone, Jonah Jang, that the Senate is not for young people has been generating reactions.

Jang was said to have made the comments during a radio interview with JayFM in Jos on Friday.

A former member of the 6th and 7th National Assembly, Mr. Bitrus Kaze, said the constitution of the Federal Republic had outlined qualifications for any elective office.

“Since I did not listen to the radio programme during which Sen Jonah Jang is reported to have stated that ‘the Senate is not for the youth’, I have deliberately chosen not to believe that he actually said so”, Thursday quoted him as saying.

“This is because the statement sharply contradicts a position he has publicly adumbrated over the years and at different forums.

“During a lecture in Jos mid-March 2014 to mark his 70th birthday for example, Gov Jang (as he then was) expressed his determination “to weed the old brigades from contesting future polls” and ‘to mentor young politicians to take over the mantle of leadership’.

“Assuming that he made the statement, it simply remains within the confines of his personal views.

“Age, exposure and maturity surely matter as far as aspiring to public office is concerned; this is why age is unambiguously determined by the Nigerian Constitution 1999 (as amended).

“To my mind however, in addition to fulfilling all the requirements of the laws, credibility, strength of character and integrity matter much more than anything else.”

Pam said, “If the Senator says senate is not for the youths then ask him to define which bracket of youths he’s talking of?

“Our extant laws allows youths participation in governance and thankfully too, Jang was in chamber last year when the senate passed ‘the young shall rule’ bill.”

Jang’s media aide, Clinton Garuba, said that he must have been talking out of experience as a former governor and serving senator.

He said, “My take is that the Senator’s point of view is taken out of context.

“He simply stated that most parliament upper chambers are meant for people with vast experiences which comes with age.

“He went ahead to state that there are youth who have gotten experience and he mentioned Gyang Pwajok, so I think his emphasis is the experience that most times comes with age of course with exceptions like he rightly stated.”