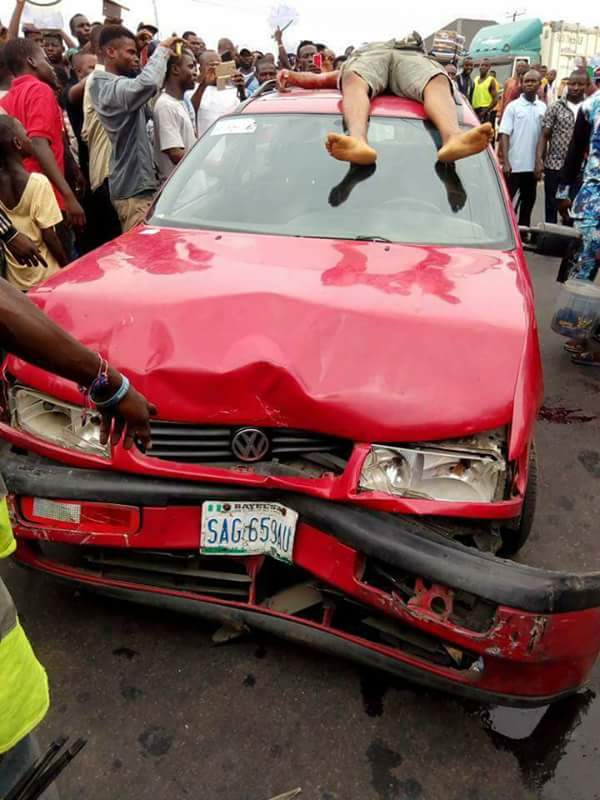 Chaos has erupted in Rumuokoro roundabout in Obio-Akpor Local government area of Rivers State following the killing of a taxi driver by a trigger-happy policeman.

The Policeman attached to a detachment of officers escorting a Petrol Tanker reportedly shot dead the unnamed driver for obstructing their movement.

DAILY POST gathered that passengers were in the cab when the unfortunate incident occurred but none of the passengers was injured.

Other commercial drivers and motor park touts responded by blocking all roads connecting Rumuokoro roundabout and threatening to unleash violence.

One of the eyewitnesses say the touts stopped Police officers reinforced from Rumuokoro Divisional Police Station from evacuating the body of the slain driver.

Another eyewitness said the touts started attacking everyone perceived to be from Northern Nigeria because they perceived that the trigger happy officer is a Northerner.

“After they have stopped the police from carrying the lifeless body of the driver, those touts started attacking ‘Aboki’ people that are pushing wheelbarrows. That was why SARS people came to stop them because they had started destroying Aboki shops too,” he said.

The development prompted more police reinforcement from the Anti Kidnapping Unit and the Special Anti-Robbery Squad to quell possible breakdown of law and order in the area.

The Rivers State Police Command is yet to respond to the unfortunate incident.