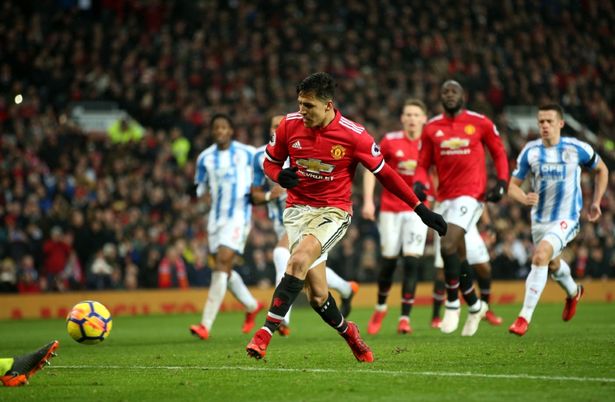 Manchester United have reduced the gap between them and rivals Manchester City to 13 points, following a 2-0 win over Huddersfield City on Saturday.

United failed to break down David Wagner’s men in the first half at Old Trafford.

They eventually took the lead after the break, when Romelu Lukaku swept home Juan Mata’s cross. Alexis Sanchez marked his home debut with the second of the game.

City could only draw 1-1 at Burnley in the first fixture of the day.