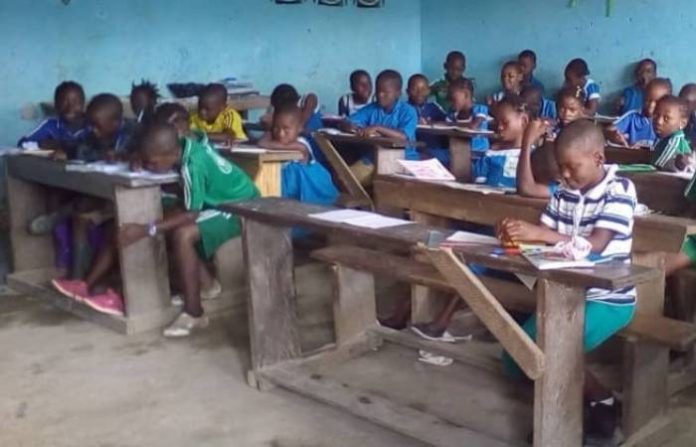 Now in its 6th year, FALA continues to identify and support such individuals for taking steps to transform the continent.

This year the event will be preceded by the Growth Initiative Award (GIA), a program that has helped over 1 million young Africans register and begin a variety of social projects. This is all in pursuit of reaching the ‘Sustainable Development Goals’, a blueprint for social and economic advancement created by the UN.

Emmanuella Dione, one of the Growth Initiative Award participants has been carrying out transformational and sustainable projects in Kumba, a city in the southwestern region of Cameroon.

His projects are responsible for empowering and training young people in various different fields. Through the establishment of over 150 seminars and workshops that specialize in a number of sectors, including agriculture, waste management, tailoring, and welding, over 500 youths have benefited from these training centers.

The centers are accessible to people of all levels of education and even assist in the setup of small-scale businesses for youth, especially young females in the community.

Dione’s strategic contribution to nation-building has been an innovative catalyst to economic growth and sustainable national development and has positively impacted a cumulative of over 5000 youths.

With the financial and humanitarian support of the visionary founder of Christ Embassy, Pastor Chris Oyakhilome, past winners of FALA, also known as FALF Ambassadors, have been able to extend a hand to a growing number of youth-based projects. With these financial grants, provided by Pastor Chris, a world of opportunity is made available to the many in need.

The improvement made in Angola is an exemplification of the FALF influence. Joel Tiago, the Future Africa Leaders Foundation (FALF) Ambassador and 2016 Future Africa Leaders Award (FALA) Winner launched the Growth Initiative Award (GIA) on TV Zimbo, the first and largest private Television Station in Angola that reaches over 9.5 million viewers.

He expatiated on how the GIA is bringing about sustainable development in Africa through the participation of African youth who range between the ages of 16 to 29. These acts of service that are in line with the SDG’s are central to Angola becoming a more prosperous nation. He further explained the 3 levels of participation that are positively impacting the nation of Angola.

Quoting the pioneer of FALF, Rev. (Dr.) Chris Oyakhilome DSc. DD, he said, “If we don’t do anything today and expect the government to do everything, we will be victims of the society.” That’s where the GIA comes in.

Lotan Salapie, FALF Ambassador and 2014 FALA Star Prize Winner represented the foundation at the 2018 United Nations Africa Youth Conference in Nairobi, Kenya. The conference consisted of 350 African youths who gathered to share knowledge and engage in a dialogue on the pertinent issues affecting the youth of today.

He elucidated on ‘Positive Masculinity’ and the role of men in advancing women’s rights. Worthy of note was the reference he made to the huge impact that Pastor Chris is making in the lives of young Africans from all walks of life, as well as, the significant changes that are already taking place in Africa through the activities of the Future Africa Leaders Foundation (FALF).

The 2017 Future Africa Leaders Award Star Prize Winner and Future Africa Leaders Foundation Ambassador, Naomi Epoki, appeared in meeting between the United Nations and the European Union. Epoki addressed the roles of the youth in a number of subjects, such as the death penalty, poverty, and the rights to legal Representation at the UN ECOSOC Chamber.

She was also given the opportunity to voice her opinion on the topics of peace-building and accessibility to education in Northern Nigeria. This year, remarkably, she also had the privilege to speak at both the Harvard Africa Student Association (HASA) and Massachusetts Institute of Technology. There she spoke about education activism and her humanitarian efforts in Nigeria.

As the Grand Award Event approaches, the Nomination Show will take place on December 26th, 2018 by 6 pm GMT + 1 and will reveal the deserving leaders who will be eligible for recognition. The show will be aired live on CeFlix and all Loveworld Networks (Loveworld Plus, Loveworld SAT, Loveworld TV, Loveworld USA), all of which are also available on mobile apps.

The main award ceremony will take place on December 31st at the New Year’s Eve Event where Pastor Chris will be recognizing the winners.

To learn more about the activities of the Future Africa Leaders’ Foundation and how young people are transforming Africa, visit the website, www.futureafricaleadersfoundation.org