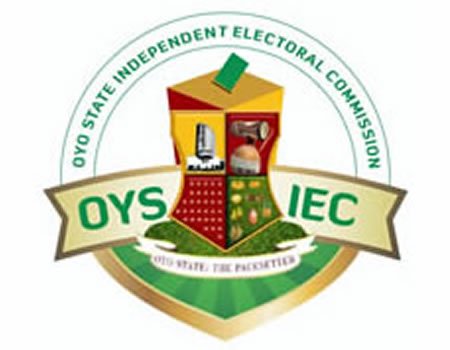 Some political stakeholders in Oyo state have kicked against the recent announcement and sincerity of the Oyo State Independent Electoral Commission (OYSIEC) in conducting election that will be free, acceptable and credible in all the 33 Local Government Areas (LGAs) and 35 newly created Local Council Development Areas (LCDAs) in the state.

The Chairman of the commission, Mr. Jide Ajeigbe, had last Friday promised during a press conference that the commission was ready to conduct free and fair election on Saturday, May 12th this year. Ajeigbe while speaking solicited the support of all and sundry including political parties, journalists in ensuring that the election is free from rancour.

The announcement, since then has been a subject of discussions among various stakeholders including political parties stalwarts, civil servants, political analysts among others. It had been greeted with various arguments either for or against among cross section of those who spoke with DAILY POST as some doubted if the commission really meant what it was saying.

Publicity Secretary of the ruling All Progressives Congress (APC) in the state, Mr. Wasiu Olawale Sadare who spoke with DAILY POST in a telephone conversation on Monday said there was no need for anyone to exercise fear, saying those who were in doubt of the commission were only jittery.

Sadare while speaking insisted that the ruling APC does not exercise any fear since the state government and the commission have expressed their readiness in conducting credible poll.

He said “As a party, we don’t have any doubt over the sincerity and readiness of the commission. Because OYSIEC and the state Governor have done good job. The PDP is only jittery, the party is unpopular in the state. That is why they are exercising fear. So they are the bone in fear. They are not sure of what they will meet.

“We are now appealing to other stakeholders to concentrate on the election. We are now concentrating on now to meet the deadline to conduct the party primary.

“You cannot predict the outcome of any election. You cannot preempt the outcome. What we are doing now is that we are working hard to go into the election and win. As a matter of fact, we believe in hard work. The state governor and President Muhammadu Buhari have done good job and we are expecting that we will go to the election and win. We have advantage over any other political party because we are hardworking”.

The state chapter of Socialist Party of Nigeria (SPN) while welcoming the decision which it said was long overdue described it as highly undemocratic which is capable of giving room for criminal manipulation of the outcome of the election.

SPN in a press statement titled, “OYO LG POLL: OYSIEC DECISION TO CONDUCT LGs ELECTION ON MAY 12, 2018 IS UNDEMOCRATIC” signed by its State Secretary, Comrade Abiodun Bamigboye, a copy of which was sent to DAILY POST on Tuesday however said a committee of representatives of political parties was needed now to agree on the modalities for the conduct of the election.

Bamigboye said that the party was surprised that the commission unilaterally arrived at the decision without creating avenue for a prior decision over what should be the character of the election among all the existing political parties in the state.

He said, “The Socialist Party of Nigeria, SPN, Oyo State chapter welcomes the decision of both the Oyo State government and the Oyo State independent electoral commission. However, SPN decries the process that led to the decision to conduct the said election on the May 12 2018 as it is highly undemocratic and capable of giving room for a criminal manipulation of the outcome of the election.

“SPN condemns this approach which we believe is undemocratic and capable of undermining the credibility of the entire election as it could give room for the process and outcome of the election itself to be manipulated in favour of candidates of the APC. We therefore call on the leadership of OYSIEC as a matter of urgency to set in motion the process to convene a meeting of all the existing political parties in the state with a purpose to subject the so called May 12, 2018 date to a democratic discussion among representative of political parties. Such a discussion must also accommodate a review or modification of the existing unilateral modalities, if there is any popular opinion for such.

“Except the OYSIEC conducts the proposed local government elections in Oyo State in this kind of democratic manner, the planned elections across LGA and LCDA in the state will end up being a smokescreen through which APC-led government continue to perpetrate their grip over the 33 LGA and its resources in the state”.

A public affairs analyst, Dr. Bayo Busari in a reply to a mail sent to him by DAILY POST on Tuesday said there is a difference between the announcement of last year, when there was an orchestrated judicial effort to thwart the proposed election and now noting that the state government need the election now than ever before since the general elections are around the corner.

Busari said “There is a difference between the announcement of last year, when there was an orchestrated judicial effort to thwart the proposed election and now. The state government needs the LG election now than before. The general election is just by the corner and the government needs a semblance of acceptability through the local government election.

“Equally, people have been yearning for the election and the government can not fail to do that otherwise it may have an effect on the fortunes of the party in government at the next year general elections. By and large, it is a welcome development in our march on the democratic journey. I hope that all the political parties get their acts together for us to have a good and worthwhile election and not a charade. I call on all the political parties not to embark on the boycott of the election, for whatever reason.

Peoples Democratic Party (PDP), in the state while reacting expressed doubt over the sincerity of the state Governor, Senator Abiola Ajimobi and the electoral commission to conduct the election as scheduled. PDP noted that the same governor and the commission had shifted dates for over three consecutive times explained that this will not be first time the governor has been rolling out time table for council election in the state without honoring his promise.

Engineer Akeem Olatunji, the party’s Publicity Secretary, while speaking with journalists in Ibadan, however said he hoped that this latest date will not be a ruse as he berated APC for its alleged penchant for rigging.

Olatunji, however, disclosed that there is no way the APC will win a local government in any of the 33 local government areas inspite of its rigging machinery. He said “Actually, we have not seen the copy of the time table , we hope by Monday we will have a copy . Apart from that we are having problem with the sincerity of the governor regarding the conduct of the council poll , but we are ready.

“As at today, we are the biggest party in Oyo state and I don’t see how the APC will win any of the 33 local governments even with their rigging machinery. They just announced that there will be election on May 12 and this is not the first time of such we don’t know maybe tomorrow the governor will change his mind . We cannot rely on what he said as at now , but we are prepared”.

A chieftain of Labour party who also spoke with DAILY POST in confidence on Wednesday said it was unfortunate that both the OYSIEC and the ruling party have concluded plans to clear all the seats.

The Labour party stalwart while speaking alleged that it was the ruling APC that is now suggesting and recruiting ad-hock staff for the commission saying that this is amount to noting but a strategy to win at all cost.

He said, ” It is the APC that is suggesting who they will use as staff, the APC is the one recruiting for OYSIEC, you can see, they are perfecting ways to ridge the election. We are not going to boycott the election because we are prepared but we are doubting the sincerity of the commission.

“We are now raising the alarm, that it is the APC that is recruiting for them. That means they want to win at all cost, but if it were to be free and fair, I am sure APC will not win any polling unit. You see, the guideline and the time for primary among others is short. They just woke up one day and announced the date and the guideline. This is not suppose to happens in a normal setting”.