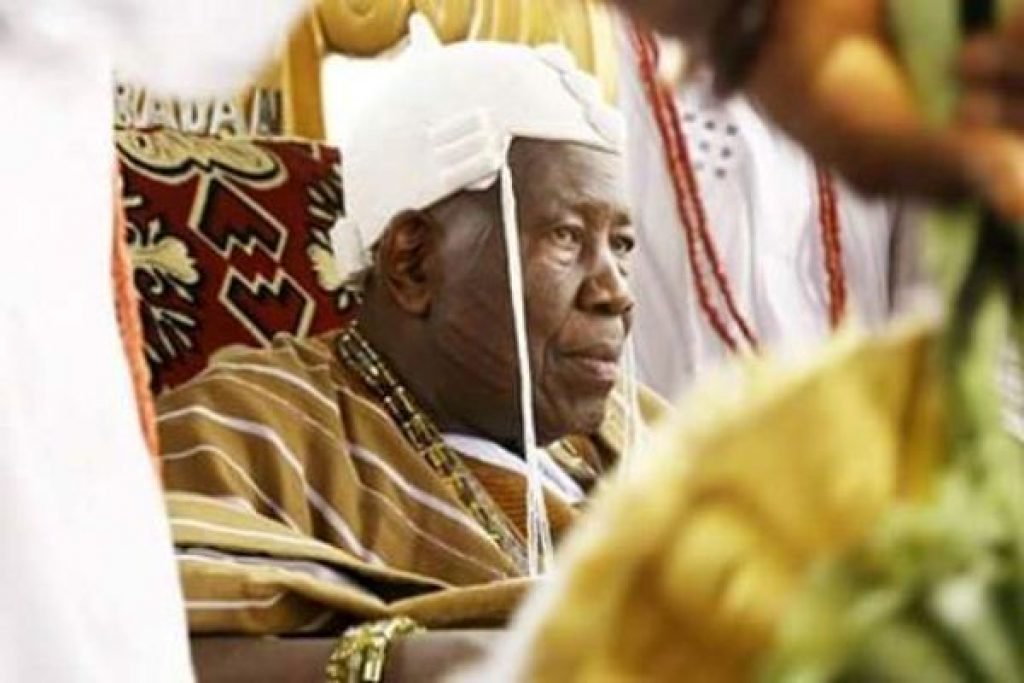 Six other people were also installed as Mogajis at the event which took place at the Popoyemoja Palace of the Olubadan.

Oba Adetunji, while speaking, urged the new family heads to use their positions to better the lot of their people. He said they were representatives of their various families, hence they should remember the sons of whom they were.

Some of the new family heads who could not hide their joy expressed optimism to use their positions for the progress of the ancient city.

Adegbola, who was accompanied by his parents, Mr and Mrs Sola Adegbola were the cynosure of all eyes as people continuously gazed on the man regarded as the youngest Mogaji in recent times in Ibadanland.

The Business Economics undergraduate of the University of Warrick Coventry, United Kingdom said he was happy to be the youngest Mogaji, stating that he was elated by the warm reception he got from the Olubadan, Oba Adetunji, Osi Olubadan, High Chief Rashidi Ladoja and Iyalode Ibadan Alhaja Aminat Abiodun.

He said “Our father, Olubadan of Ibadan was happy to see he and could not hide his joy at seeing me. He encouraged me, smiling likewise was High Chief Ladoja. They were all happy to see me as the Mogaji of Arogundade family”.

Another Mojaji, Chief Akande described the honour bestowed on him by the Olubadan as a privilege and honour to serve the people of Ibadan in a broader capacity. He said he considered it a great honour to be installed as Mogaji of his compound and as an opportunity to contribute his quota to the development of Ibadanland as a whole.

He said “I consider it as a big honour to be considered for this exalted position in my family and Ibadan. I also see it as another challenge to me to be more committed to the welfare and development of my people and town in general. With this, I re-affirm my determination not to let down all that have considered me for this privilege. I am quite sure it will help to get more commitment from me too and to the service of my fatherland.”

Chief Olaniyan who also spoke at the event said he had served Nigeria in many capacities and his new role as Mogaji in Ibadan would position him to contribute more to the progress of the city.

He said “I thank Almighty God for making it possible. I pray to become Olubadan and that is my vision. Also, I crave for Ibadan State. I will start putting that in my prayers now. And I will work within my capacity and connections to realise the dream of having Ibadan State.”

Olaniyan, who threw his weight behind Olubadan on his objection to the review of the 1957 Olubadan Chieftaincy Declaration by the Oyo State Government, also enjoined some Ibadan youth that had been unleashing the reign of terror in certain parts of the city to turn over a new leaf.