An Abuja High Court sitting in Jabi on Wednesday issued an order restraining the Attorney General of the Federation, the Inspector General of Police and the Nigeria Police Force from interrogating, harassing, inviting, arresting and detaining the Senate President, Bukola Saraki over April 5 Offa robbery.

The court presided by Justice M. A. Nasir of Vacation Court 2, said the order will be in force pending the hearing of the substantive matter filled by 10 human rights lawyers in suit number CV/2454/18.

The court issued the order while delivering ruling in the motion number M/8280/2018 brought by 10 lawyers, led by Barrister Ikenga Imo Ugochinyere for the enforcement of the fundamental human rights of the Senate President as guaranteed by sections 34,35,36, and 41 of the Nigerian Constitution and articles 2,4,5,6,10 and 12 of the African Charter on Human and peoples right.

Two weeks ago, Saraki for the second time, wrote to the Inspector-General of Police, Ibrahim Idris, in response to his invitation to appear for an interrogation over the matter.

Saraki had been invited over the allegations made against him by suspects who attacked banks in Kwara State.

In June, the Police asked Saraki to turn himself in for questioning over his alleged involvement.

But the former Kwara governor responded to the invitation in writing.

The Inspector General again, in a letter dated July 23, asked Saraki to report to the police on Tuesday at 8 am to provide further clarification on his relationship with the five leaders of the robberygang.

The police boss said that the gang leaders claimed they were political thugs to Saraki, insisting that “the Senate President supplies arms and money to the thugs; that everyone in Kwara Central fears them because of their guns and ability to kill anybody without hesitation.” 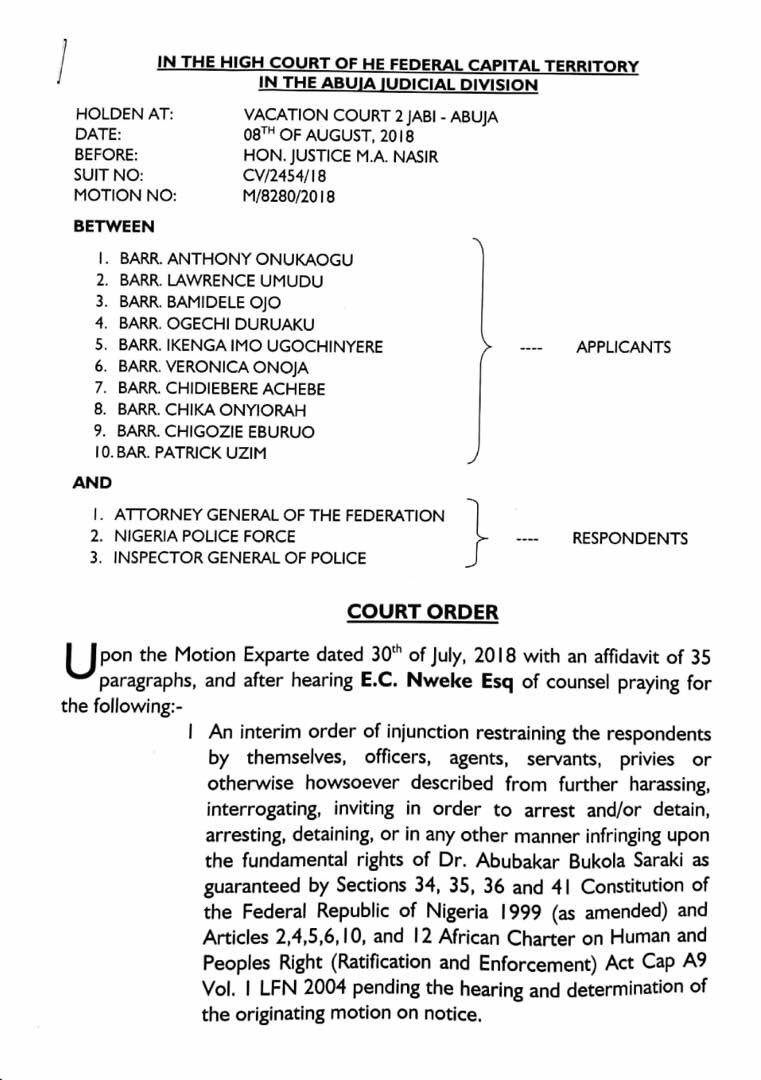 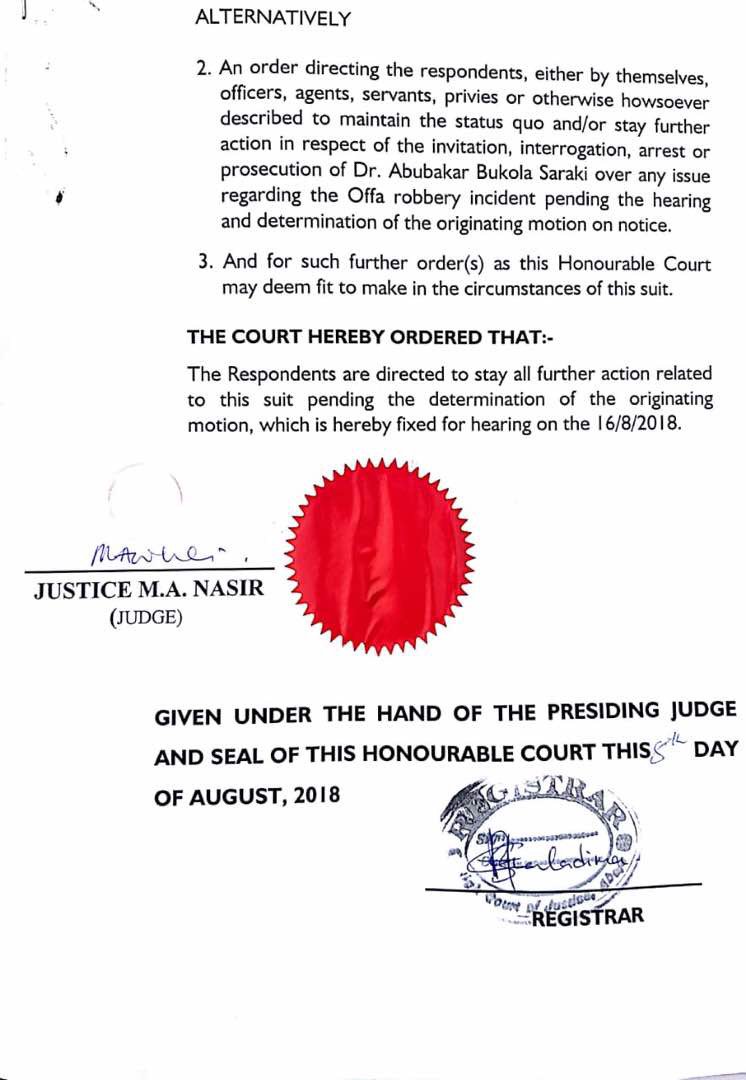