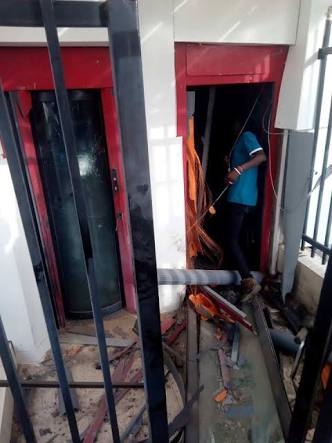 The death toll from Thursday’s robbery attack in Offa town in Kwara State has risen to 30.

Nine policemen were among those killed.

It was gathered that the attackers also hit the police station in the area.

Over 25 robbers had stormed the town, raiding five commercial banks along the Owode Market Area of the town in Offa Local Government Area of the state.

The gunmen arrived the town in seven vehicles and stationed themselves in each of the banks around 4:30 pm.

The armed robbers were said to have made away with several millions of naira from the banks.

On Friday, eye witnesses and officials gave hint of the latest figure.

At the General Hospital Offa, one of the medical doctors told Channels TV that 21 bodies were brought in to the facility and nine of them were police officers.

The doctor on duty at a private hospital also in the town confirmed the death of three victims while one was on admission.

Meanwhile, Governor Abdulfatah Ahmed has promised to pay the medical bills of victims.