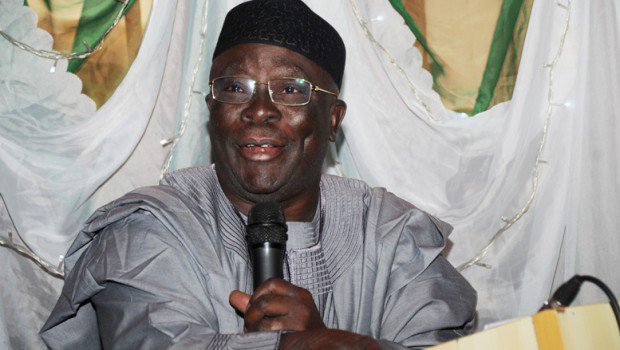 Yoruba leader, Chief Ayo Adebanjo, has revealed that he and others warned the late Bola Ige from joining the government of Olusegun Obasanjo.

Ige, who served as Minister of Justice, was murdered in December 2001.

Adebanjo, in his autobiography titled, ‘Telling It As It Is,’ described Obasanjo’s govt as a calamity.

“We were opposed to Ige joining Obasanjo’s cabinet but he accepted the appointment oblivious of the fact that Obasanjo was not inviting him in good faith.

“Bola Ige didn’t need Obasanjo, it was Obasanjo who needed Ige”, he said.

The author, however, described Chief Ige as brilliant and one of the greatest Awoist.

The book reviewer, Professor Wale Adebamwi, added: “How a man (Ige) of such superb and enviable endowment could join the cabinet of one of the most perverse figures in our political history is a question that the author attempts to grabble with in this book”.