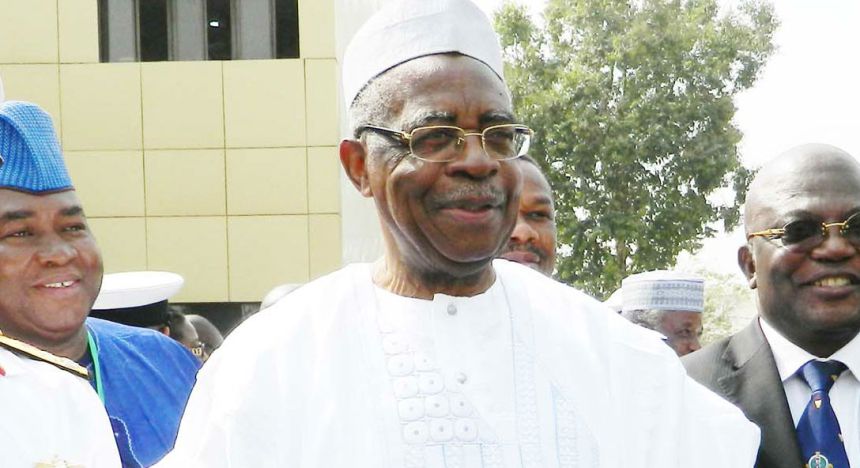 The National Rescue Movement (NRM) has warned Nigerians, especially leaders, against making statements that could overheat the polity and aggravate the current security challenges.

The party in a statement yesterday in Abuja, by its spokesman, Prince Chinedu Obi, said the recent outburst credited to Gen. TY Danjuma, calling on Nigerians to defend themselves was uncalled for and that it was capable of aggravating the security situation.

Obi noted that the current tension in the land due to economic down turn, unemployment, poverty and armed banditry already posed serious challenge.

The statement said: “NRM believes the prevailing tension in the land as a result of economic down turn, unemployment, poverty and armed banditry, already posed serious challenge.

“The NRM views the recent statements credited to an elder statesman, Gen. T.Y. Danjuma calling on Nigerians to defend themselves as uncalled for and capable of aggravating the security situation although it is a reaction to frustration over failure of government to adequately protect lives and property of Nigerians as enshrined in the constitution.

“Danjuma’s statement was not necessarily meant to incite the people to carry arms and defend themselves, but a call for people to be vigilant and the military to see the need to change strategy in dealing with the security situation where people don’t feel safe before they adopt self-protection which is the first law of nature.

“The NRM recalls the categorization of Nigeria by Google as ‘a failed state’, ranking it the 15th among ‘’the worst failed states’’ in an exercise in which 180 countries across the world were surveyed based on internationally accepted indicators of failure of government to provide peace, security and safety for its citizens.

“This is validated by the spiraling rate of killings, destruction of properties and displacement of hundreds of thousands of Nigerians.

“The NRM believes we got to this stage in our nationhood because of cumulative injustices, gross inequities as well as the aloofness of various political interests to the unfolding consequences.

“The PDP’s recent confession of driving the country aground and plea for forgiveness coupled with the ruling APC’s glaring lack of capacity to address the current socio-economic crises, makes an alternative credible political vehicle for the country inevitable for a timely and effective restoration of peace and stability,” he said.