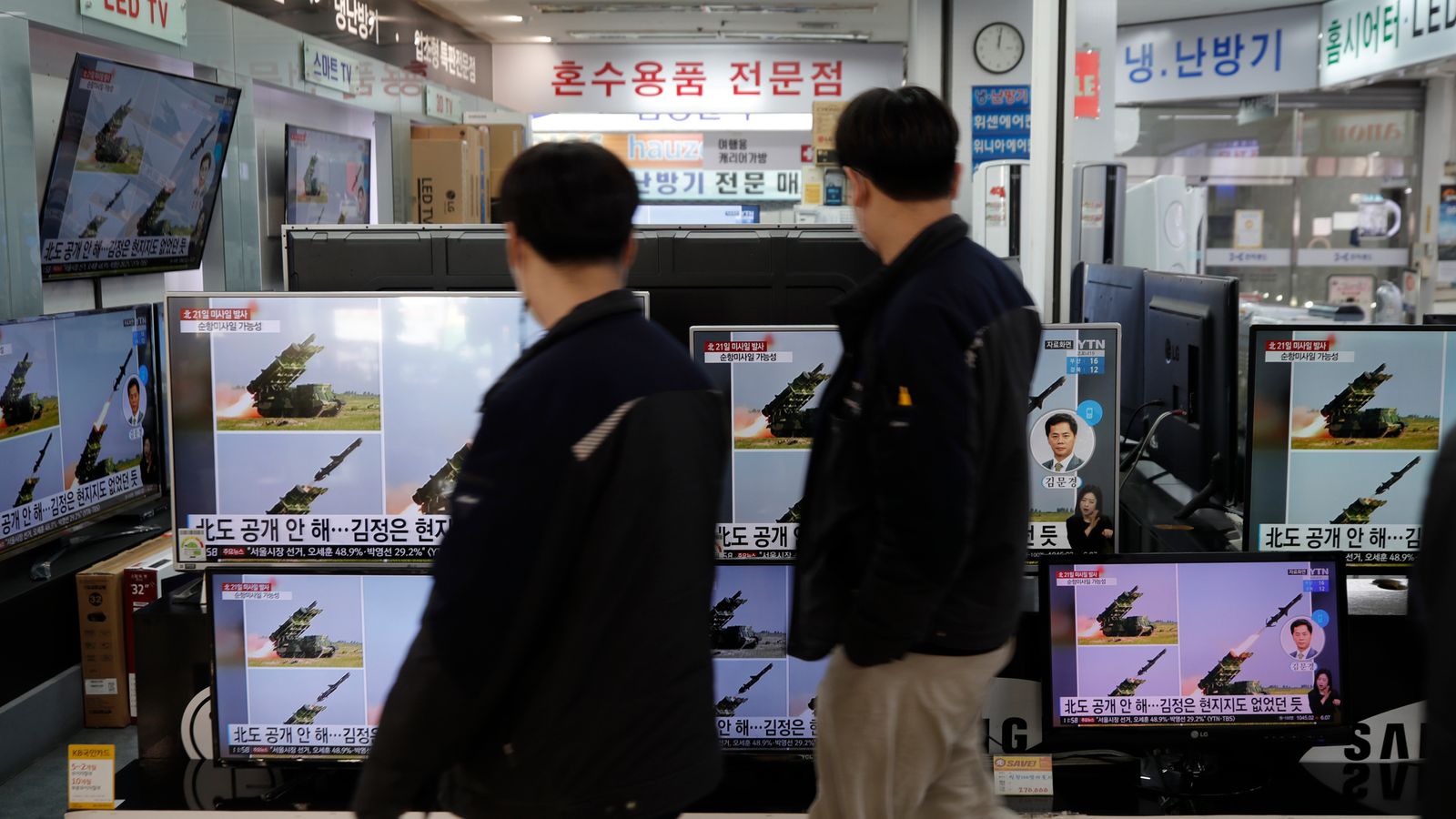 North Korea has fired two unidentified projectiles off the east coast and into the sea, according to the South Korean military.

South Korea’s joint chiefs of staff said the US and South Korean militaries were analysing the launches that were believed to have come from an area on the North’s eastern coast.

They didn’t provide further details, however earlier Japan said Pyongyang might have fired a ballistic missile, with the coast guard warning ships against coming close to any fallen objects.

The Japanese defence ministry said: “It may have been a ballistic missile. It has not fallen within Japanese territory and is not believed to have come down within Japan’s exclusive economic zone.”

US officials confirmed to Reuters that an projectile had been launched.

If confirmed it could pose a challenge to US President Joe Biden, whose administration has yet to meaningfully engage with the nation.

The launch came a day after American and South Korean officials said the North had fired short-range weapons, presumed to be cruise missiles, into its western sea over the weekend.

Mr Biden played down those launches, telling reporters, “There’s no new wrinkle in what they did.”

Nuclear negotiations between the United States and North Korea have been stalled since the collapse of Kim Jong Un’s second summit with former President Donald Trump in February 2019.

Then, US officials rejected North Korean demands for major sanctions relief, in exchange for a partial surrender of their nuclear capabilities.

Pyongyang has said it refuses to hold talks with Mr Biden unless Washington abandons “hostile” sanctions and pressure over its nuclear program.

In North Korea’s first comments towards Joe Biden’s administration, she described the drills as an invasion rehearsal and warned Washington to “refrain from causing a stink” if it wants to “sleep in peace” for the next four years.

In the past, Pyongyang has often responded to US-South Korea drills with missile tests.