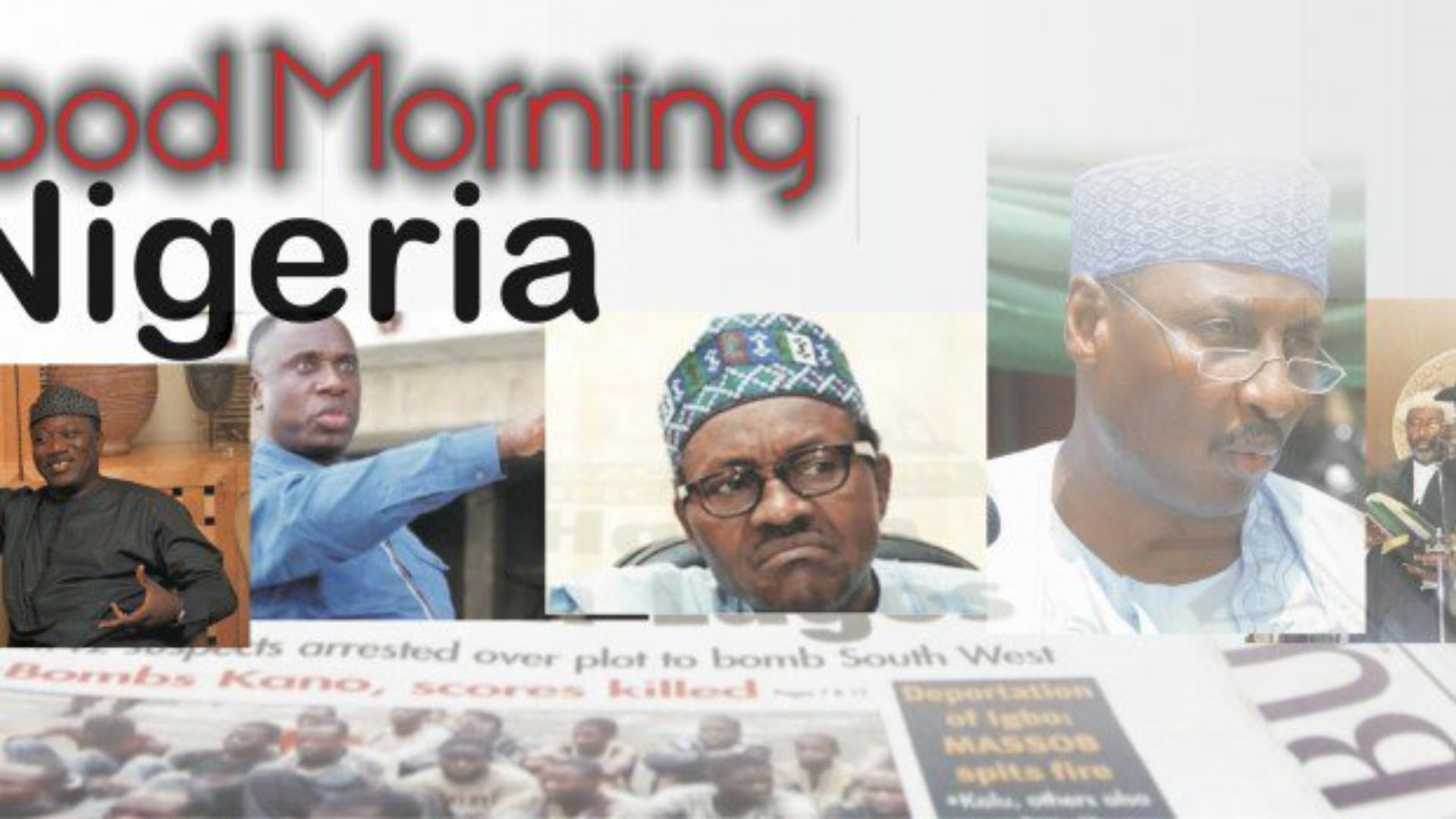 1. Nigerians reacted with anger and indignation yesterday as the Federal Government suspended indefinitely the operations of Twitter in the country. Minister of Information and Culture, Alhaji Lai Mohammed, disclosed the suspension in a statement signed by a Special Assistant to the President (Media) in the Office of the Minister, Segun Adeyemi.

2. The Police Council presided over by President Muhammadu Buhari yesterday, confirmed Usman Baba as the substantive Inspector-General of Police, IGP. The Minister of Police Affairs, Maigari Dingyadi, confirmed this when he briefed State House correspondents at the end of the Council meeting.

3. The Speaker of the House of Representatives, Femi Gbajabiamila, yesterday, called on Canada to assist Nigeria in the area of Cyber security and Biosafety. He made the call when he received the Canadian High Commissioner to Nigeria, Mr. Nicolas Simard, in his office on Friday.

4. Following the announcement by the Federal Government to suspend the operation of Twitter in the country, the Micro blogging platform, has finally shut down in Nigeria.

5. Facebook yesterday announced a ban on former president of the United States, Donald Trump until at least January 7, 2023. Vice President, Nick Clegg made the announcement on Friday.

6. The Socio-Economic Rights and Accountability Project (SERAP), has threatened to drag the federal government to court over the suspension of Twitter operations in Nigeria. SERAP stated this in a tweet on its official Twitter handle, on Friday.

8. Armed bandits who Kidnapped the 156 pupils of the Salihu Tanko Islamiyya School in Tegina town, Rafi Local Government Area of Niger State last Sunday have increased the ransom for their freedom to N200m. Mallam Ali Mohammed, a Tipper Driver and a father of five of the abductees confirmed the new development yesterday.

9. The Kano State Police Command has confirmed the abduction of a businessman at Kore town of Dambatta Local Government Area by a yet-to-be identified gunmen. The spokesman of Kano Police Command, DSP Abdullahi Haruna Kiyawa, who confirmed the incident, said the command is making efforts to ensure the release of the victim.

10. Following the 18 COVID-19 deaths recorded on Thursday, the World Health Organisation has said Nigeria is one of the countries witnessing a spike in infections in Africa. The Regional Director, WHO Africa, Dr Matshidiso Moeti, said this during a media conference with African journalists yesterday.

Nigerian Newspapers: 10 things you need to know this Saturday morning